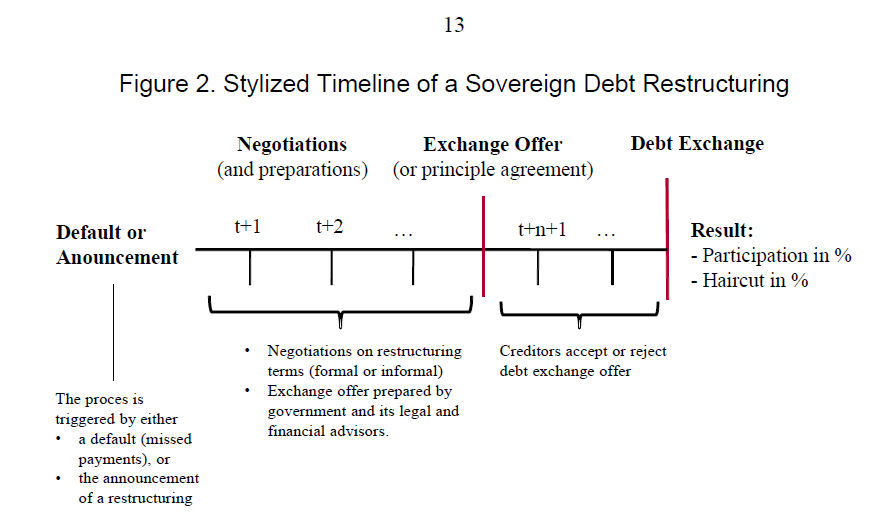 On page 13 of the IMF Working Paper entitled Sovereign Debt Restructurings 1950–2010: Literature Survey, Data, and Stylized Facts, you will find this timeline on how to deal with the coming Sovereign Debt Default. Behind the Curtain, they know what is coming. They appear to be even using our timing. Numerous emails have come in asking about are they using our models? In all reality, they most certain pay attention. Whether our warnings are being taken alone is another question one would think the answer is no.

The G20 have their own serious red flags going up in Europe where Brussels is now entering a Brut Force Attack against democratic forces to sustain their power. The failure to have consolidated the debts of Europe is now haunting them in the worst economic nightmare in financial history. Brussels is vulnerable on every front because a crisis in one member becomes a contagion that spreads to all. If Mississippi went into default in the USA, that would not impact US federal debt as is the case in Europe spreading to everyone. 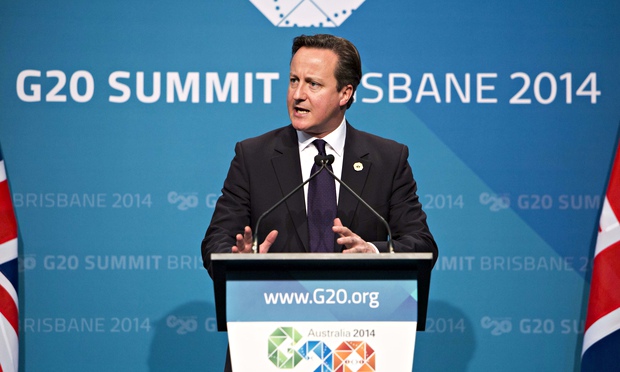 “David Cameron has issued a stark message that “red warning lights are flashing on the dashboard of the global economy” in the same way as when the financial crash brought the world to its knees six years ago.

Writing in the Guardian at the close of the G20 summit in Brisbane, Cameron says there is now “a dangerous backdrop of instability and uncertainty” that presents a real risk to the UK recovery, adding that the eurozone slowdown is already having an impact on British exports and manufacturing.” 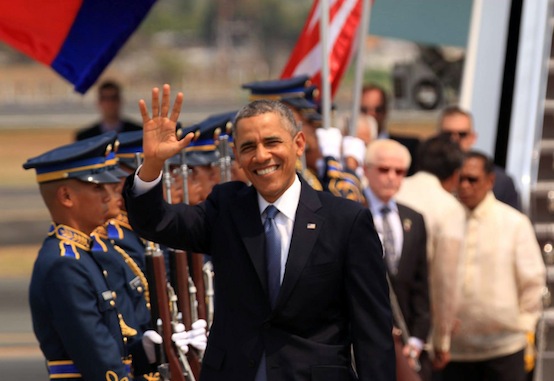 Most governments have followed our models. China has even publicly stated they are using Capital Flow Analysis which we invented. That being said alone in Front of the Curtain, you can bet that Behind the Curtain the discussions are far more candid. China is also making comments Behind the Curtain that it sees the USA as a declining Superpower.

Historically, great empires have exacted tribute, exploit colonies, and demand conscripts of their protectorates. America is something new in the way of world powers. What is different has been it not only provide the legions to protect “allies,” but provide the tribute in the form of foreign aid, IMF and World Bank loans, and bailout billions. The USA has adopted the approach of the Roman Empire. It sees the world as its domain and thus it has extracted land for its military bases. The economic decline of the United States has been at the hands of its military. Their desire to control the world has exploited the wealth of the nation. One must consider that the JFK assassination may have been orchestrated because Kennedy stated the USA could save the dollar and end its trade deficit in the blink-of-an-eye – stop expanding military bases everywhere; it was not because of changing the money supply abandoning silver.

Indeed, we see the USA decline is akin to the fall of Athens where its arrogance sent its once allies into the arms of its enemy – Sparta. The failure of Congress the reign in the NSA and to stop collecting data if everything everywhere, has cost the nation respect and dignity. The failure to stop the banks exploiting the rest of the world is also seen as terribly arrogant. This decline in respect is following the same decline Athens moved through. This is very disturbing for by 2032 it appears that the world economy will be centered in China – not the West and the coming Sovereign Debt Crisis will wipe out Western Civilization because people are so dependent upon government. We have all our eggs in one basket. What happens with a Sovereign Debt Default? Pensions evaporate.