The Forecaster Movie – The Bankers & Russia 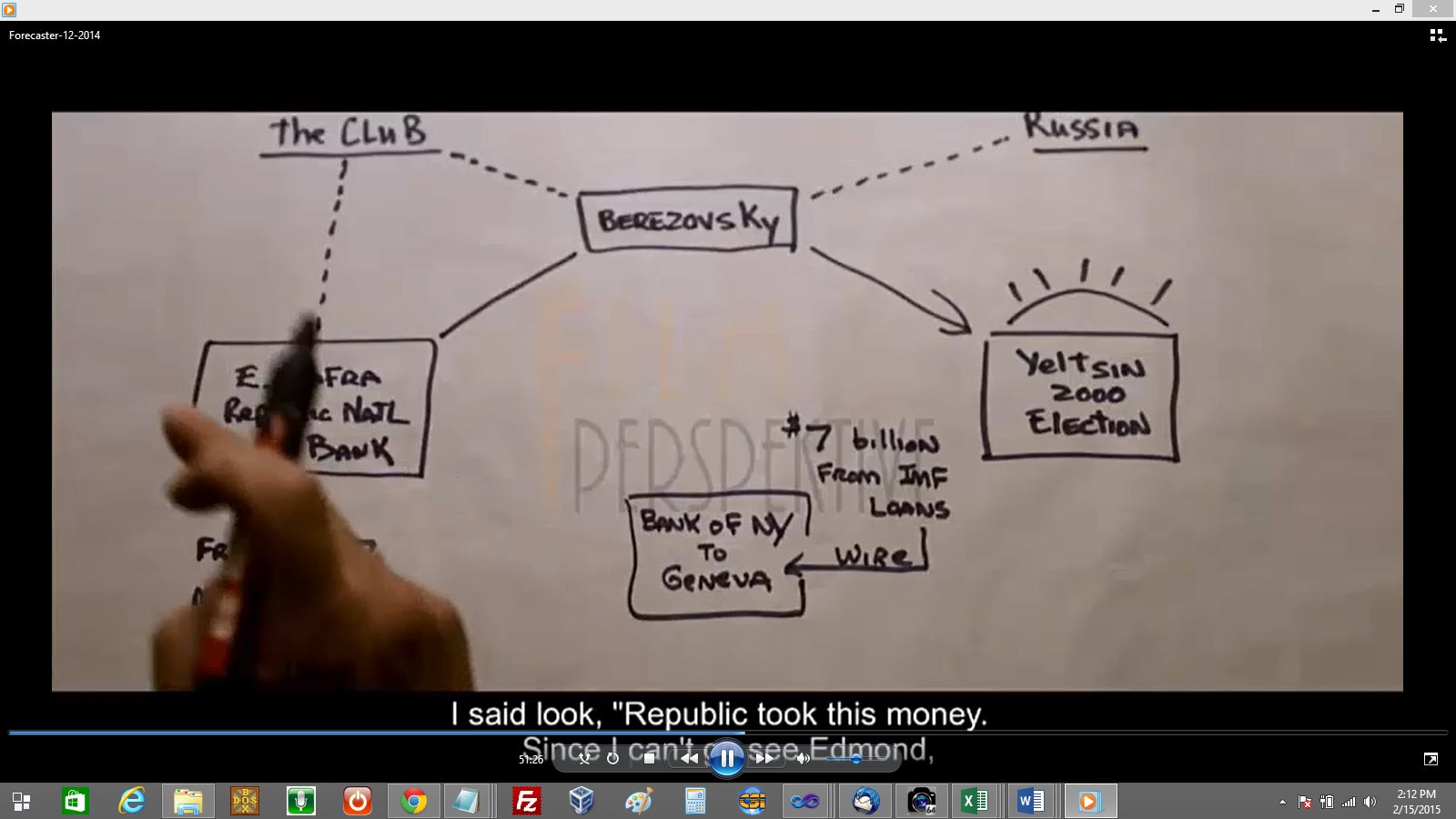 At the Amsterdam debut of the Forecaster, a rather high up person from Russia Attended. After watching the film, he was in shock. He said this has to be shown in Moscow. It deals with one of the most talked about topics in Russia back in the day. The film will debut in Russia. I am not exactly sure just when. I suspect in the fall.

At the time everything began, I was actually dating a Russian girl for a couple of years who I met in Tokyo. We had to communicate in Japanese at first since she did not speak English nor I Russian. She had flown back to visit her family for Christmas in January 2000. The Receiver seems to have cancelled her visa stranding her in Moscow while her possessions where here. She is still in Moscow and had finally married. So all the questions in that regard about the rumored Russian girlfriend are true, but I will not reveal her name. She and her family are entitled to their privacy. Sorry – off limits. I and my family will always remember her with a smile. When we first met perhaps back in 1997, she said to me she was Russian and we were supposed to be enemies. She taught me some Russian and a lot about her culture which I respected very much. Governments are enemies – not the people.

Nonetheless, I have just learned the film may have a special showing in London next month. There is talk of a debut in Los Angles soon as well. I told them they were crazy if the debut would be in New York City. I did not feel like having to show up in a bullet-proof vest.

I do not know if there will be a world showing on some pay per-view basis. That may not come until the Fall. I believe there are distributors already for Canada and most of Europe. That is all I know since I am not really part of that process.

« Berlin Conference – The Swiss Peg Will Go
Was the Fate of the Ruble Decided Back in 1998? »