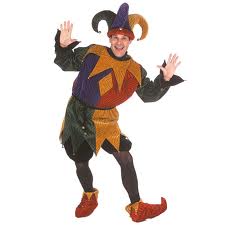 COMMENT: Marty, I believe I understand what you are saying about belief. There is no right or wrong, it is just the market. I can see you are correct. Markets move on anticipation as the euro is collapsing ahead of the anticipated Greek elections. Trying to argue with the markets being wrong is a fool’s game. The markets are always right even if the fundamentals make no sense.

REPLY: That is exactly the point. Only a fool tries to claim they are right even when the market moves against them. There can be no wrong or right for the market always wins. Blame is a fool’s game. I love these people who try so desperately to show I am wrong on some move so they can justify being wrong all the time in their view. These are people who will die penniless for they cannot see the big picture and have no interest in reforming their view – exactly like politicians. They will defend their belief to the death and consider no possibility of error.

Those terrorists who blow themselves up expecting 73 virgins are weak-minded individuals who have been sold a belief they want to believe. They want to believe in something so bad because they have nothing else in life. This is a human condition that afflicts so many in markets as well. No matter what you show them, they are MARRIED to an idea and will never change and attack anyone who says they are wrong. That is just the fate of so many people within society regardless of what the concept might be.

Unfortunately, this is why they become the masses who must be slaughtered to create the panic. There are three key groups:

Then there is the enlightened group, which stands-back and observes, willing to change and go with the flow. If you look at politics, presidential election show this group who swing back and forth and are their own objective mind fluctuates between 5% to 13% since no president has ever captured more than about 63% of the popular vote. Effectively, about 45% are democrat and 45% are republican and no matter what you say to show them they are wrong is simply rejected and will never be considered. They are married to a concept and that ends all discussion or debate.

Hence, you are correct. People who want to immediately blame someone are just fools for they are incapable of ever growing into an enlightened mind. They will remain stagnant captured by a belief they cannot and will not ever consider is just wrong. The world is wrong – never them.