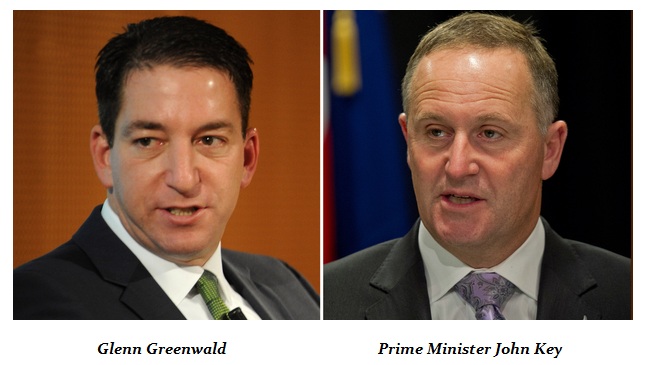 The Five Eyes Arrangement has been established between all the English Anglo-Saxon nations – the US, the UK, Canada, Australia and New Zealand. Revelations about how these five nations have become paranoid spying on everything every citizen does is rather well know behind the curtain. They have all adopted the same tactics as former East Germany and this is largely targeted at money. Employees flying in to the US from operations overseas are now being harassed. I was called personally on the phone when one flew in from Switzerland with a British passport asking me why are they coming often (4 times a year) looking if they can get some sort of tax out him under the pretense that he is working here for one or two weeks at a time. When I went to Britain, I too was pulled over and questioned about where I even bought the ticket. This is getting to be crazy. They are not after terrorists – just money.

According to the New Zealand Herald, Prime Minister John Key says called Glenn Greenwald, the journalist at the Guardian who published Snowden’s papers,  “Dotcom’s little henchman”. These politicians will not reform the system – it’s all about simply money and getting their hands on more each and every day.