The Euro is Dead – Long Live the Dollar

Our phones have been in meltdown mode and sleep has been rarer than gold around here. Whatever politicians could do to screw up the world, trust me, they are diligently at work to accomplish that goal even ahead of schedule. The logic coming from the ECB, France, and Germany leaves a lot to be desired. Policies of hunting down the rich, the French refusing to reform, the Germans insisting upon austerity, and the ECB advocating the confiscation of depositor’s money setting off bank runs which are starting to emerge in Southern Europe, are all combining to present a picture that if it were used for a movie, nobody would believe such events were even possible. 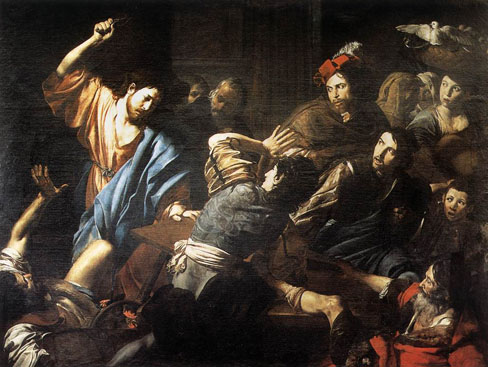 You just can’t make up this stuff. I find it amazing that people with ZERO qualifications regarding management of the economy are the very people who are making these shocking brain-dead decisions that defy common sense. Then they call academics with no experience at all to agree with this insanity. At least summon people who man the dealing desks at banks and compel them to speak and the banks to stand down. One analyst at Deutsche Bank has come out and said only Jesus could save the Euro now.

The French solution to record high unemployment, create more low paying state jobs with no spending cuts. They just will never get it. If you raise taxes, chase the rich out of the country, who is left to provide jobs? The French solution – Government of course! What the hell, France is headed into a brick wall at 100 miles per hour. Why not speed it up to 150 miles per hour and pray you can break through the wall? Of course no one knows what lies on the other side of the wall. Perhaps a cliff with the sea waiting below. Politicians never worry about that. It is just the here and now – never tomorrow,

Hollande must have misplaced his mind. He is now planning a mega-tax for the middle class who cannot leave. The wealth tax for incomes over a million euros per year has completely failed resulting in mass migration or just hoarding of wealth altogether. Now President Hollande wants companies with a corresponding revenue over 1 million euros to pay up to 75 percent tax for their employees. He is just insane. What’s next? He will dress up as Santa Claus and rob the houses of the middle class to give to anyone who votes for him? 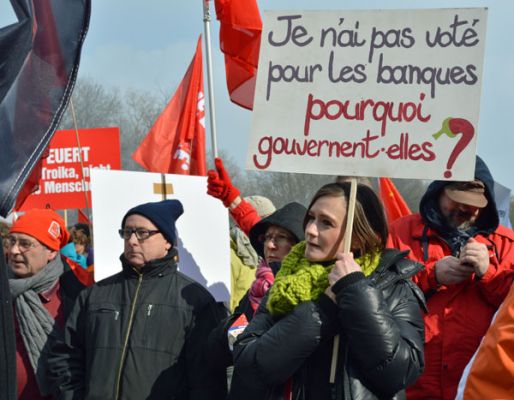 Even before the start of the EU summit, there are about 15,000 protesters who gathered in Brussels to make their voice heard. Government is simply incapable of comprehending the mischief they are unleashing or of the havoc they have inflicted upon the entire world. Marxism failed! Did they miss the fall of communism in Russia and China? Did they notice the Berlin is no longer there? Hollande seems entirely oblivious to any common sense and is still very Marxist ignoring the failed theories. 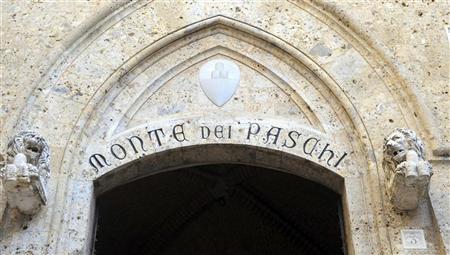 The oldest surviving bank, Banca Monte dei Paschi di Siena founded in 1472, is now facing bank runs thanks to Cyprus. But this story is more complicated. The bank lost tons of DEPOSITOR’S money trading derivatives – sound familiar? The key role was played by the then Italian central bank chief and ex-Goldman banker, Mario Draghi, who is now at the president of the ECB today! So yes, Goldman’s tentacles reach deep into the heart of Europe and the ECB. You just cannot make up the shit yet the newspapers never see anything wrong in the shadows. Why? Are they just owned by giant corporations dependent on the bankers as well?

The U.S. Embassy has now warned Americans in a report before traveling to Greece that there is rising violence towards foreigners in general. The Greek politicians try to dismiss any concern swearing Greece is a safe country. The anti-German contingent is really starting to rise. Greece may be headed for Revolution in 2014 after what they saw the ECB do to Cyprus. Nobody bothered to consider if you shut the banks to prevent capital outflows and protect banks, then you likewise shut them down to accepting new deposits. So exactly how does the economy move forward? Did anyone ask that obvious question?

So while the Euro will bounce back to retest the Monthly Bearish Reversal it elected at 12975 if we see a daily closing ABOVE 12866 on the cash, no rally seems likely to extend beyond next week. Even gold is plummeting because of the dollar is the ONLY place to go for big money. I have been trying to explain that the total open interest for Gold futures in New York is only about $75 billion. That is nothing in comparison to $17 trillion in outstanding debt. Capital has been scared to death globally. I have been warning that the USA would be the LAST to fall. This is by no means my OPINION. This is based SOLELY upon hard research and the sequence of events that has historically taken place. It is time to wake up and understand what the hell is really going on in the global economy and stop this primitive nonsense or trying analyze anything from domestic opinion. It is crazy out there. You better duck!

Meanwhile, Ex-Goldman trader Taylor pleads guilty to wire fraud and says in NY court that management at Goldman had no idea about $8.5 billion trade. If that is true, how can firms like Goldman and J.P.Morgan function without controls? This is way too many rouge traders with the potential to wipe out NYC singlehandedly?

Perhaps only Jesus can really clean up this mess. Washington, the regulators, and the courts have no stomach for it. What they fail to grasp here is they are pulling out the foundation stones to the whole global economy. You do not play with this stuff – it is far worse than running with scissors or playing with matches which obviously their mothers never disciplined them as children and told them to stop.