The Euro is DEAD – Long Live the Cyprus POUND

I have gotten off the phone with contacts in Cyprus. Everything is getting very scary. Politicians in Brussels and Germany are clueless. They assume that since they have the power to enact a law, the people will just follow it without repercussions. It does not work like that and they have crossed the line into the realm of all bets are off.

The real number is 50% of whatever you had at the Bank of Cyprus will be gone. Russians are threatening bank managers. Riots are brewing. We are looking at the breakdown of a nation in modern times thanks to European politicians who have their head at least in the sand if not up their ass.

They have NO understanding of reality. Their lives are not at stake. Do you really want to be a branch manager of a local bank in Cyprus tomorrow or even a clerk? They are suppose to open but there will be no cashing of checks and the only thing they will do is allow you to withdraw €300. So the banks will not really be open. 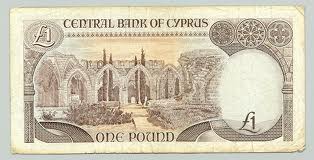 Cyprus must make a choice. Follow the nonsense from the ECB, Brussels and Germany, or abandon the Euro, stay within the EU like Britain, create a new currency, and then create a public utility for the gas reserves whereby you can swap out into shares. Unless Cyprus abandons the Euro, it will enter a dark age for its financial sector will never rise again and the economic decline will be massive with job loss at record levels. As unrest rises, there goes any hope of tourism. This will be a spiral that Cyprus cannot afford. It is decision time. The Euro is DEAD! Long live the Cyprus POUND!

« Are we Headed into a Mad Max Scenario?
Goldbug Hyperbole »