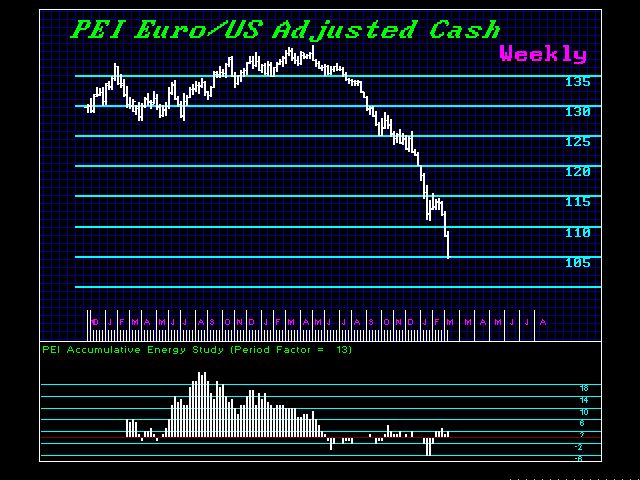 COMMENT: Mr. Armstrong; Those in the industry call you the “legend” and indeed you come out and say the Euro will bounce and it immediately moves. You are perhaps far more influential than you let on.

REPLY: Yes I have heard that is my nickname. But the other side of this coin is simply that it is not influence as much as it is just that we have an extraordinary model that everyone is now trying to say they are developing AI to mimic us as always. But no matter what they do, it takes tremendous computing power and while they will pronounce they now use AI in a matter of weeks or months, they will remain totally clueless.

I am a programmer and a trader. That is a very rare combination and take a trader trying to communicate to a programmer is impossible for the two fields do not fully understand each other and so much is just a feeling that has to be magically coded. We merely have a system that took 20 years+ to train and allow the computer to learn. I had to learn new ways of coding to capture subtleties that exist yet are overlooked. That cannot be achieved in weeks or months.

So firms who announce they now use AI – good luck for they will still blow up. Wall Street began hiring quants because I used physics and even the White House acknowledged we had the only model back in 1985. My influence seems to be more that everyone tries to mimic what we do.

The Euro was oversold. Simple as that. Look at our Energy Model which is purely physics based. The Energy went negative and bottomed at the end of January. Energy returned to positive territory the past few weeks even though prices were falling. Beat that with opinion or oscillators. This model all alone indicated the Euro was oversold and a bounce was underway.

People always attribute this to me being so influential. I have been accused of manipulating the entire world as if this were a James Bond movie. Yes we have some very big clients who have learned not to be on the wrong side of our models. But to say the bounce is solely attributed to my influence is wrong. If I did not post that, the bounce would have still materialized. The market is its own master. I merely read the entrails. It seems I always get blamed for just having a very good model.