The Euro – A Serious Confirmation 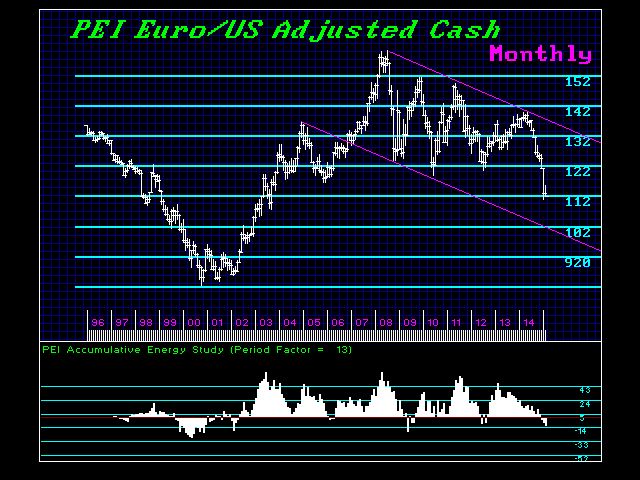 The Euro closing for March below 10765 being a Double Monthly Bearish Reversal is rather ominous for the long-term. This confirms we will see the Euro collapse to new lows. This may have more to do with just interest rates. The “feeling” in Europe is far more pessimistic than in the USA. I have a 6 week tour coming up and still I have more and more requests to appear all over the place in Europe.

In the USA, this is still DOOM & GLOOM that the majority doesn’t want to listen to. They want to live the dream and pretend nothing is wrong. It is that VERY ATTITUDE which mandates the crash and burn. Their complacency is why corruption festers because those in government know they never have to answer. Look at Hillary. Now her server was wiped clean. Not even Richard Nixon pulled that one. She knows she will take shit for a few weeks and then it will blow over. So why not destroy all the evidence. She will get away with it and anyone else would go to jail for that is a crime called OBSTRUCTION OF JUSTICE. Charge her and MSNBC will call it partisan and a Republican plot to stop her. She wins hands down. MSNBC is so anti-American and pro-Marxist they further the corruption.

This is why we just have to crash and burn. We need to flush the system so a fresh readjustment takes place and the sun can shine once again. The majority just never pays attention so we have to go through this trial by fire perpetually it seems.