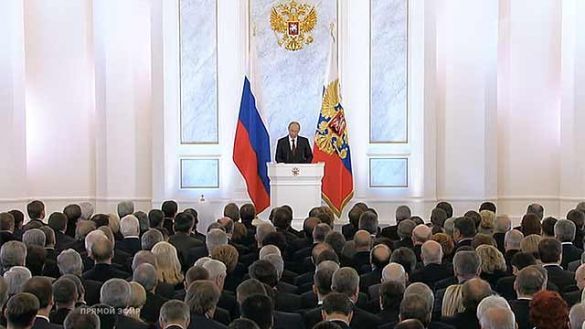 This massive leak on people who have accounts outside their country put together by 160 journalists who are most likely closet Marxists, now threatens even Russians in the Government. Putin also vowed to go after Russians who had offshore accounts in his December State of the Union Address.

This hunting down of the rich and thirst for taxation because politicians have spent your future earnings for the rest of your life already while consistently reducing the payments that they promised citizens in the welfare state. is threatening to destroy the world economy all because these people cannot manage anything no less an economy. When you make the laws, you exempt yourself and your friends from them, and thus the very essence of what made civilization a benefit is transformed into economic slavery.

At the risk that the Goldbugs will assassinate me before the Politicians, MONEY is no longer tangible and in fact it has rarely been so throughout history. Consequently, money is simply whatever people accept and that means it is no different than a share in a corporation. This being the case, money is now electronic, with a tiny portion even paper. This means TAXES are no longer even necessary and the expense of government need only be covered by the limited expansion of the money supply. Eliminating taxation restores FREEDOM as the Founding Fathers saw (NO DIRECT TAXATION) so we need not care about offshore accounts and if we realize this one point, then those accounts will return as will the jobs. Eliminate borrowing money PERIOD!. Eliminating taxation also eliminates the bulk of LOBBYING and that will go a long way to cleaning up government and stop the conspiracies. It will eliminate borrowing and NEUTER the banks. We then need term limits, all election finance is ONLY paid for by government – NO DONATIONS. Maximum term 4 years if not 1 year and one time only. We need to END professional politicians who are lawyers without a clue other than how to write laws. We also need to restore the Roman office of TRIBUNE, which was a independent officer who could indict anyone in government. That is the Office of Inspector General, but today they have no power and report to the head of the Department of Justice – NO WAY!!!! Must be separate elected office not appointed by politicians.

Judges may NEVER have worked for government at any point in their career. They cannot be appointed for life but should also have short terms of 2 years – ONE TIME ONLY. No one may be indicted in any place other than where they live if it be a person or corporation. We must stop corruption as is going on in NYC where they indict anyone who competes with that city in NY but never their own (banks). Prosecutors must have experience and must sign career contracts – none of this revolving door crap hired by the firms they investigate or their lawyers. There should be only ONE regulator, not ten. Any overlapping regulation must be eliminated by closing that agency.

This theory that MONEY must be tangible destroys all freedom. It is nonsense. You hedge government with your assets. MONEY is not a store of value for it rises and falls in purchasing power with the booms and busts. Just because precious metals were used as coins at various times, does not support this idea that money must be tangible. That ranks up there with the world is also flat. Everyone who has ever eaten broccoli has eventually died. Therefore, we must also assume that broccoli will kill you. There have been hundreds of yearly intervals where money was NEVER precious metals and what about Asia where China never issued precious metal coins. They proved money is simply what everyone agrees to have value. St. Patrick wrote how the Irish used slave girls – not precious metals.

It is time we open our eyes and start to comprehend that the world economy has grown like a child. MONEY cannot be tangible nor a store of wealth without making everything a flat line and that was the idea of Karl Marx to also create “fairness”. When there is no cycle – you are dead. We need not hunt down everyone, tear the productive forces asunder, for we can graduate to the next level of social development if we stop the insane witch-hunts that will only lead to a Great Depression if not a new Dark Age. When Maximinus I (235-238AD) hunted the wealth and declared the state owned everything, that was the beginning of the end for Rome. It was Julian II (360-363AD) who said that the Emperor should not be above the law. He was a wise man – they assassinated him as well. So we have a internal bet within the company who will assassinate me first – the Goldbugs or Politicians.