The Dow & the Upside 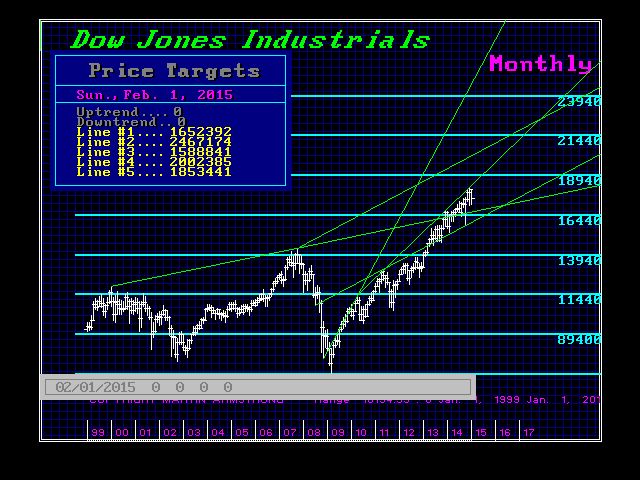 The Dow closed above a minor Weekly Bullish today. We still see this general consolidation pattern in play. The first real resistance level remains at the 18500 zone. There is still the chance that we get an early high in March with a decline into the May/June period. That would point to a rally into the ECM and then we would could get the 2 to 3 month correction. A May/June high would tend to point to consolidation into the ECM and that would set the stage for a capital flight from the bonds into the equities.

This is a dicey period to say the least. It does not appear to be an equity bubble. It still appears to be a bond bubble and that will set the stage for one of the greatest mind-twisting trades of the century, which is why we will be holding the World Economic Conference in Late October/early November.

« Greeks will NOT Negotiate with the Troika Just EU, ECB, & IMF?
Any Document Older than 180 days You Have Abandoned for Legal Purposes »