The Dow – Starting a Cycle Inversion? 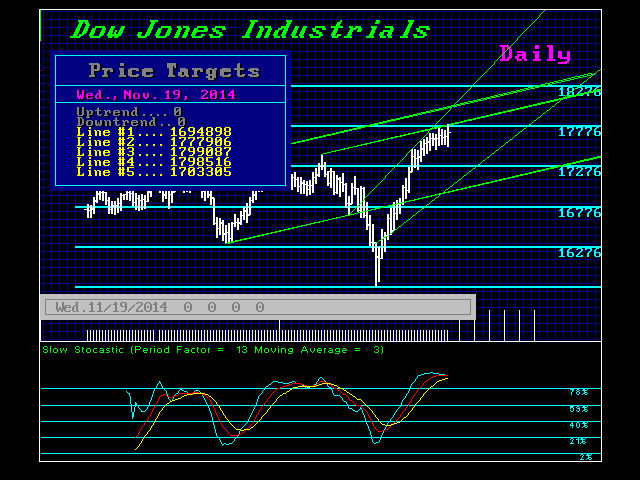 The golden rule of trading is just this –

What goes sideways when it should move up or down, moves in the opposite direction even stronger.

Where we achieved the temp low in gold on the target week of 11/03, the Dow has moved sideways and is crawling along resistance. Given the G20 position of walking away from bank bailouts, leaving the Cyprus bail-in solution still open, smart money is starting to move off the grid in a very big way. We are tracking capital flows very closely right now. It appears this target on the Cycle of War has an impact.

Of course, then we have the really brain-dead behavior of world leaders acting as if this is high school – Don’t talk to Putin or shake his hand because he didn’t do what I told him to do! With such immature behavior on the part of this Gang of 20 pretending to be world leaders, I have never seen such stupidity. I was just asked are there any world leaders with whom I could have a serious discussion? My reply – no! I have yet to meet anyone since Maggie Thatcher who was smart enough to talk about real strategy without a teleprompter or aids explaining in an ear piece. This seems to be what the bureaucracy wants. While the cat is suffering from dementia, the mice can play. 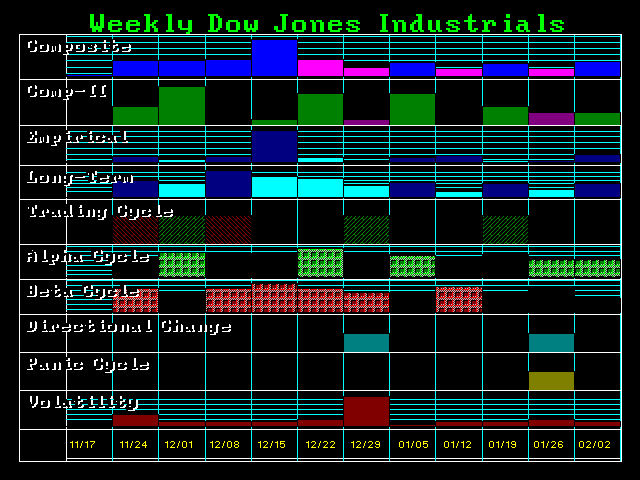 The Dow is crawling along daily resistance. Timing should have worked normally. A high in November should have been followed by a drop back into the week of 12/15. What will not go down, only goes up. If we close higher this week and see new highs next week, it looks like we are headed into the low 18,000 level on the Dow by mid December. 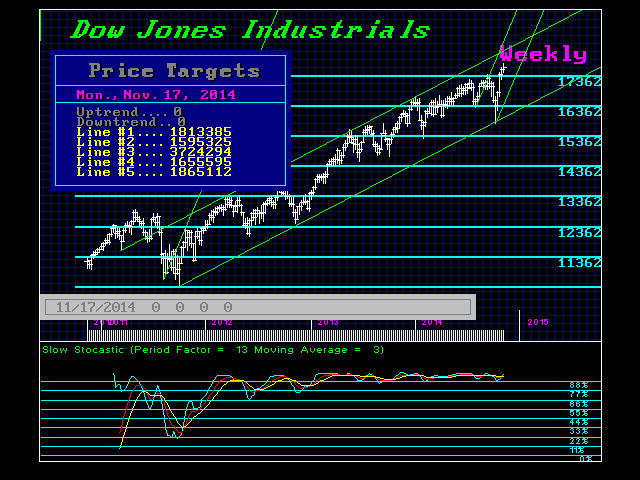 We have the seasonal turning point of January. The key resistance is at the 18133 to 18200 level as the weeks move forward. This has been the top of the Primary Breakout Channel from the ECM turn back in 2011. This channel has performed perfectly containing everything up and down. If we start to break out above this channel and close above it on a weekly basis, this is the warning that we may see the Dow at the 23000-26000 by next September. Exceeding that area will warn of a possible real blast in a Phase Transition that can take the Dow up to 40,000-43,000.

Fundamentally, who knows. There are too many variables to nail it down to just even a few reasons. We have the Sovereign Debt Crisis, the potential for international war, and major civil unrest. YET this is just the beginning. Add in pensions, bank failures, G20, and a host of other reasons, and some people will respond to one type of event while others will select a different fundamental. This is what is wrong with those who try to predict the trend with fundamentals. They reduce it to one reason and it never can be just one. We are not robots. Everyone will respond appropriately based upon their view.

So pay attention. What will not go down when the cycles shift, inverts and rises even further. There is always a reason for what markets do – you just have to pay very close attention. This is why I have been warning a cycle inversion is coming. We may be in that process now starting from November 19th/20th.