The DOW for the Close of August 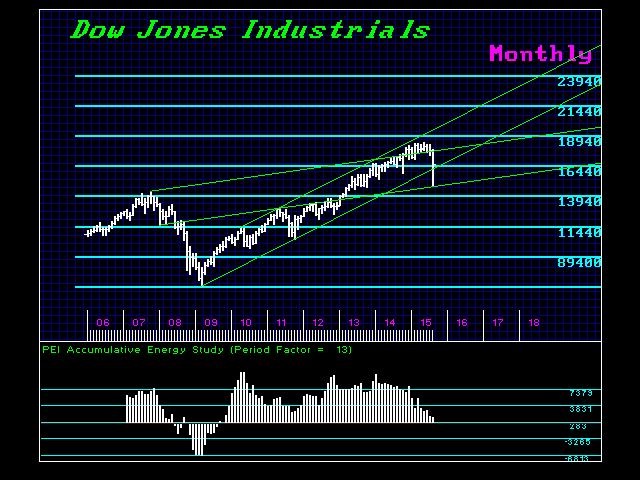 The DOW recovered for the close of August, holding key support and last year’s low. Make no mistake about it, we now need to hold last week’s low in order to see the Dow continue to advance into 2017. A breach of that low will warn of a slingshot type move setting up. That would mean we will fall first to the 14000 zone and then swing to new highs. This can be accomplished with a low in early 2016 and a rally thereafter once everyone realizes it is government that is melting down.

It will become extremely important to watch Weekly Bullish Reversals from here on out. If they are elected, then the crisis is more immediate. If not, then we get the dramatic false move on a yearly level. That will warn that indeed we may be witnessing the full blown collapse of the monetary system, which would become obvious as soon as 2017.

« The Close of August
The Dow »