The Curiosity of a Number 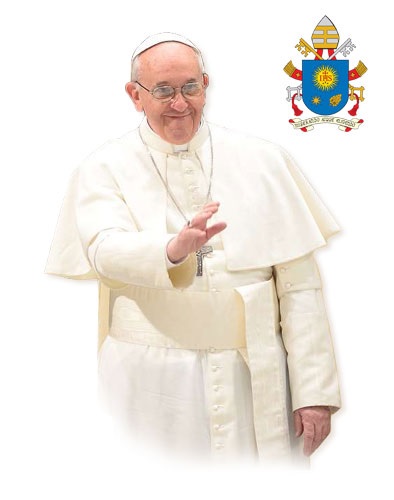 A lot of questions have come about the prophecy of Saint Malachy (1094 – 1148). Whether or not this is valid or made up when it was published in 1580 and attributed to him I do not know. My curiosity emerged from the number for the last Pope – 112. I stated that I discovered the ECM when I stumbled upon a list of Panics from 1683 to 1907. There were 26 international panics within 224 years that yielded the 8.6 year cycle, which ended by being Pi. So when I saw the number 112, which was precisely half that cycle duration, I was curious. If it was a fraud, they were strangely lucky to select a rather important number.

Ever since the resignation of Pope Benedict there has been tremendous interest in the new pope, Jorge Mario Bergoglio (also known as Pope Francis) and his link to the predictions of an Malachy from the 12th century. Malachy, was born in Northern Ireland and was appointed Archbishop of Armagh in 1132. Many of those who knew him best said he received the gift of prophecy and witnessed many miracles throughout his lifetime. He was even known to have predicted the day and hour of his death.

In 1139 it was claimed that he received a vision from the Lord which revealed a long list of popes who would rule the church until the end of time (112 Popes total). This vision eventually became known as the “prophecy of the succession of the Popes,” which has resurfaced with the election of the new pope. Malachy’s last nine Popes according to this “Prophecies of the Succession of the Popes” were:

Is Pope Francis, The Final Pope? According to Malacy’s prophecy, the 112th pope, will be known as “Peter the Roman,” the last and final pope. Here is the prophecy…

“In the extreme persecution of the Holy Roman Church, there will sit… Peter the Roman, who will pasture his sheep in many tribulations: and when these things are finished, the city of seven hills will be destroyed, and the terrible judge will judge his people. The End.“

The current pope is Jorge Mario Bergoglio, who chose for himself the name of, Pope Francis. Absolutely no Pope has ever taken on the name of “Peter,” so it is no surprise that Jorge did not either. The shock lies in the fact that Jorge picked the name, Pope Francis, whose real name is, Giovanni di Pietro [or Peter]. But he was born in Argentina so at first glance the word “Roman” implies that the pope must be of Italian decent. Interestingly, Jorge is a native of Buenos Aires being born one of five children of Italian immigrants, thus making him of Italian decent. That does appear to qualify him perhaps as “Peter the Roman.”

I have no opinion on this prophecy. My curiosity centered only around the fact that the number of popes was strangely 112. That’s it. I do not get into religion because it really does not matter since that falls into a BELIEF mechanism that cannot be established. Man has been creating gods since ancient times because he does not want to be alone. Every religion preaches the same basic tenets so I simply go by the maxim treat others as you would have them treat you. So the extent of my interest had to do with the number.