The Coming Wave of Creative Destruction

QUESTION: You have said that we are in the middle of a shift in the economy similar to the Great Depression where agriculture crashed from 40% to 3% and this time it is government and technology. It seems that your warning of also moving to an electronic currency fits with your new age of skilled labor. So is this indeed part of your shift from the West to Asia? 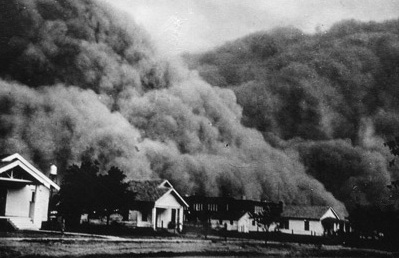 ANSWER: Yes. It was that shift from agriculture that was forced upon society by the Great Depression and the Dust Bowl. This correlation of also weather with the Sovereign Debt Crisis in Europe, and the capital concentration in the USA that accounted for the 1929 bubble, all blended together to cause a paradigm shift or a new event of Creative Destruction. But look closely at the chart. Government grew from 22% to 33% for what followed was a Public Wave of expanding government.

It is true that we face another wave of Creative Destruction. We will see more than 50% of basic jobs replaced by technology. This is contributed to high unemployment among the youth in Europe over 60%. The internet has changed book sales, publishing, newspapers, and many other store models. Advances in AI programming will alter analysis and ultimately funds management eliminating the entire source of error – human nature and opinions. Look at a parking garage. A machine gives you a ticket and you pay at a machine when you leave. Nobody is there. The internet has opened the world just as the railroad in the 19th century enabled mail order. The push for higher minimum wages only further the advancement of replacing labor with machines and Obama’s healthcare laws have further created the incentive not to hire people. This combines to create a paradigm shift of Creative Destruction.

We are monitoring weather closely for nature will no doubt also have a hand in this paradigm shift as it did before. We are at the turning point in this 300 year cycle in the energy output of the sun. At the very least, we could see a very sharp downturn in temperature, which could impact food as well. Then you have the insanity of government trying to use Global Warming as a scheme to justify more taxes.

So we face at least two of the three forces with weather being the third. We are moving to electronic money for government sees this as the solution for its rising budget deficits. Obama raised taxes about $2.5 trillion and wants another $2.5 trillion increase. We are dealing with Marxists on the hunt. The government has links directly into the internet and can track anyone they desire. 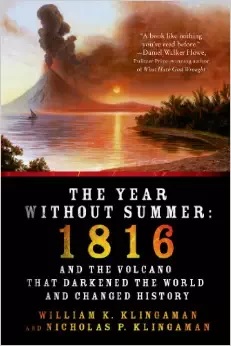 The more aggressive government becomes, the steeper our economic fall. Schools have failed children and most now realize they just need a piece of paper that cost $40,000+ and is worthless since 65% end up working in a field they never studied anyhow.

All we need now is a series of volcanic eruptions around the globe to produce another Year Without a Summer and watch everything really pop.