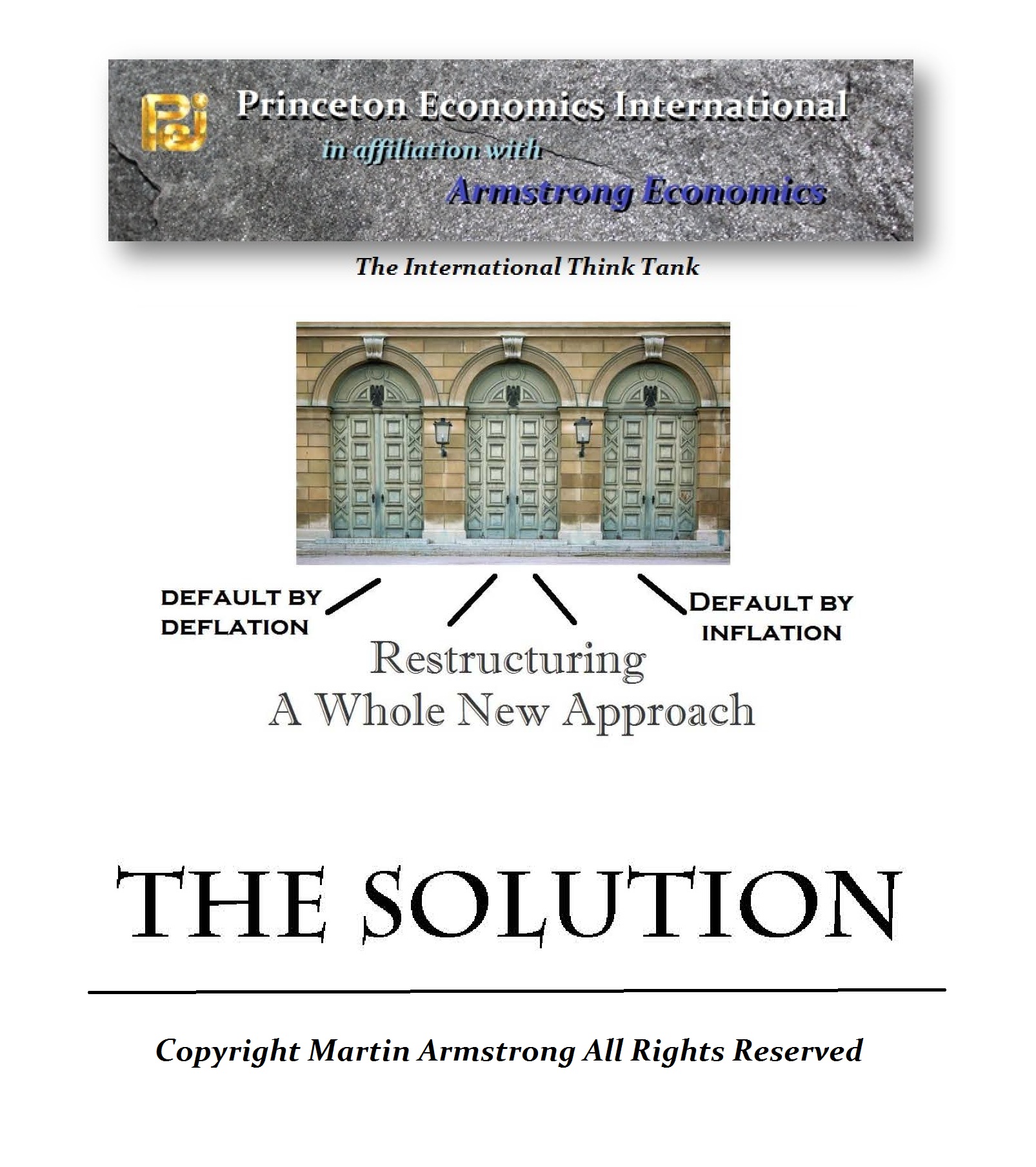 Governments are always causing the crisis – it is not the private sector. The S&L Crisis unfolded when they went around locking up bankers for losing money was just an example. First Congress created tax incentives with tax loophole to stimulate real estate in a one-size-fits-all manner as always. They created a boom in office buildings. Then the politics changed and the Democrats came in. They closed the loopholes and altered the amortization schedule to get more taxes. What happens? Nobody wanted to buy commercial real estate any more and they created a all sellers market with no bid. Then our politicians claim to be heroes for they save the economy by bailing out the S&Ls throwing the S&L owners into prison. They blame the private sector as if it was their fault when they instructed them to lend on real estate nearly exclusively. DAH? They drive the economy increasing the volatility for they keep changing the taxes rather than reducing spending or reforming government.

In Europe, the EU government created a similar regulatory loophole that allowed banks to apply a zero risk weight to much of their sovereign government debt holdings. If they had sovereign debt, they never had to reflect a loss as long as they never sold the junk. Banks then avoided any capital charge and thus they were not at risk for being declared insolvent even if the sovereign debt was real junk. This is why the European banking system is in such a crisis. If any member refuses to pay, the whole banking system may be at risk if they have to reflect the true credit worthiness of their reserves. This will effect between €2.5 and €3.0 trillion euros just for starters in the banks. Then there are pension funds who are under law must buy sovereign debt because that is “conservative”. The cascade impact within Europe will be devastating. This is what will most likely set in motion the shift from Public to Private confidence that will be essential to creating an asset boom – even in gold.

This failure to mark-to-market scheme is precisely what sent Japan into meltdown. Their banks and corporations were NOT MARKED TO THE MARKET. They never had to show a loss until it was taken. Thus, the Japanese kept holding and did not liquidate. They managed to turn a normal 2 to 3 year correction like 1929-1932 into a 23 year slow death.

This is why lawyers should be prohibited from becoming politicians and there should be no career politicians to begin with. They will always move in the direction of their own self-interest. It is just inevitable. We will look at some of the alternatives at the SOLUTION CONFERENCE in a couple of months.

We are in the middle of an economic and political crisis that there are no risk-free assets and sovereign exposures by banks and pension funds are going to get a very rude awakening. Anyone who claims to be not a doom and gloomer is either a sublime idiot or a fool in denial. This is not a system that can be sustained indefinitely.