The Anti-Government Protests in Thailand Heating Up 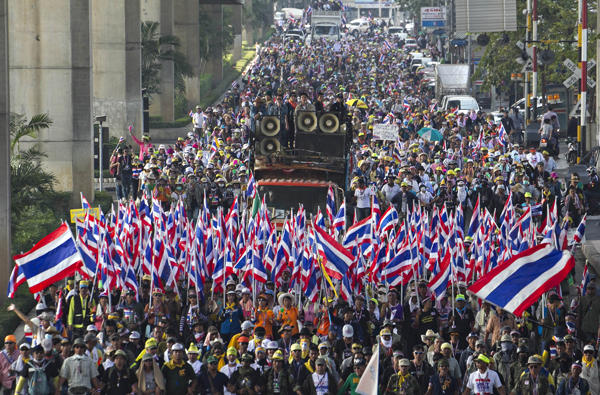 Someone hurled an explosive device into the crowd of anti-government protesters in Thailand wounding at least 35 people. Governments worldwide are in a serious position where they are refusing to consider the course of their socialistic-Marxism and how this has only increased the cost of government lowering the standard of living.  These protests are turning much more violent on both sides and they are appearing in Asia, South America, and Europe, while they are just beginning in the USA limited to state workers in places like Detroit that have not yet turned violent. This is all economic driven and we are looking at this entire trend erupting especially as the economy turns down once again from 2015.75.