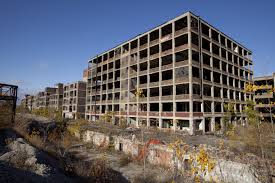 QUESTION: Is there a “manufacturing renaissance in the USA.”

ANSWER: Yes. This is developing for two primary reasons. First: the 2011 law that has blocked Americans from starting businesses overseas. Second: many companies including auto manufacturers who rushed to Mexico to manufacture cars are coming back. Ford no longer employs anyone at its Hofu Plant in Japan and the Cuautitian Plant in Mexico both opened in 1981.

Clearly, there is plenty of proof to indicate that there is rising factory output, strong manufacturing production gains, and lower labor costs for the first time in a long-time given the less militant unions that chased jibs away. American workers are more attractive than ever before. For a major Japanese auto manufacturer in the 90s, I was asked to explain how the American plant had higher productivity numbers the a similar plant in Japan. I visited the plant and discovered they employed people who had been in Detroit and lost their jobs thanks to the unions. They moved to California and worked non-union. Productivity rose, they were more happy, less confrontational, and had outperformed the Japanese. The whole thing was the union created confrontation out of everything so the perception that American workers were lazy was actually wrong.

Add to this the natural gas boom underway in the U.S., which many believe will lower energy costs for U.S. manufacturers dramatically, and what you have is a resurgence of the manufacturing sector that has been shrinking as a percentage of the economy for several decades thanks to unions. The USA is probably the most competitive in the world on a global basis. This is also caused by much higher taxes in Europe the will not get any better. The downside, USA needs taxes and we will see rising taxes that will destroy thus new manufacturing renaissance.

Nonetheless, as in all things, the U.S. “manufacturing renaissance” is also cyclical in addition to these structural changes. Therefore, the sector is doing as well as would have been predicted under any circumstances at this point in an economic recovery, however, that provides the incentive to return. Without the cyclical boom in the economy, the manufacturing would not return home. Those who try to downplay this trend as purely cyclical, are clearly speaking from their ivory towers and lack the hands-on contacts that I have had over the years. When the Euro was forming, we developed the strategies for Japanese companies needing to open in Europe. We looked at labor costs, taxes, and currencies. We put those who did not need skilled labor in Ireland and manufacturers in Britain. We were called in to Mercedes and met with the board of director at Daimler Bends. So we participated directly in this decision making process. This is not what I “think” foes on – it is what goes on.

U.S. Manufacturing Renaissance is Fact not Fiction. The question is when will taxation kill it? What destroyed American manufacture is perspective. A woman was very demanding and confrontational. Her husband split and eventually met a girl 20 years younger. The wife then says he left her for the “young girl” he met after the broke up. That is the explanation she prefers because there is no responsibility on her part. This is the same problem. It is better to say it was the greed of manufacturers seeking low costs rather than to say unions became too confrontational with no sense of competitiveness and politicians kept raising taxes that made the products too expensive and uncompetitive. It is a two-way street.

« S&P So What Now
Education A Complete Failure? »