I find it very distasteful how the Marxists are rushing out to claim Margaret Thatcher did nothing for Britain. What have they accomplished other than lower economic growth, decline in our living standards, women do not have the right to work but the requirement to do so for a family to survive because they keep raising taxes to benefit themselves with expanding government pensions and jobs with no regard for the Middle Class.

Thatcher rejected their nonsense of always for the rich to divert the attention of how they raise taxes on everyone else to fund pensions and jobs that are unavailable in the private sector. Her one liner said it all. She was a Grocer’s daughter – an old wise soul perhaps sent here to help mankind. Those greedy socialists and their mentor Karl Marx have caused the deaths of countless millions with their unjust ideas of stealing from anyone they are jealous of in reality. Even the Ten Commandments prohibit coveting thy neighbor’s possessions – which is all they do. They cannot sleep at night worrying someone is spending a dollar they could have grabbed for themselves. 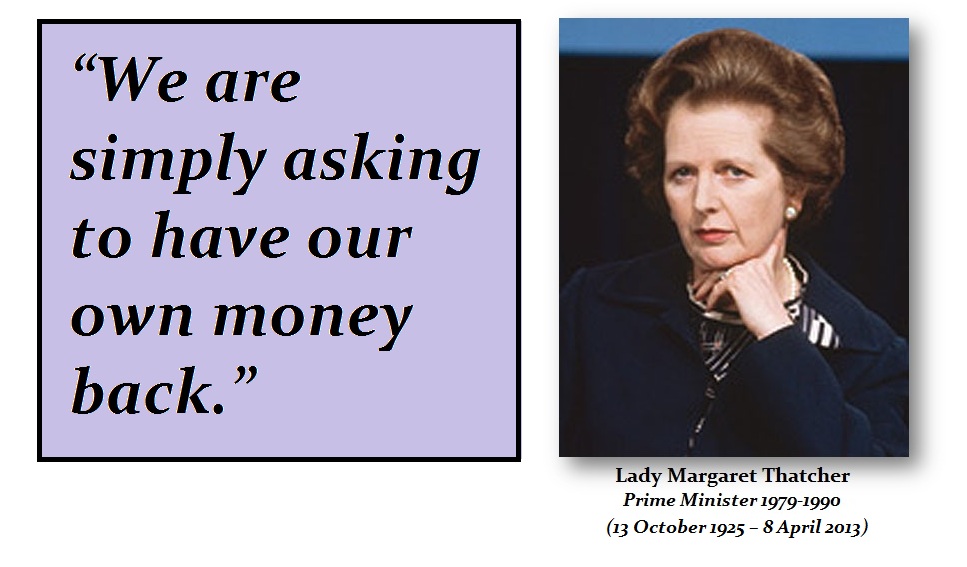