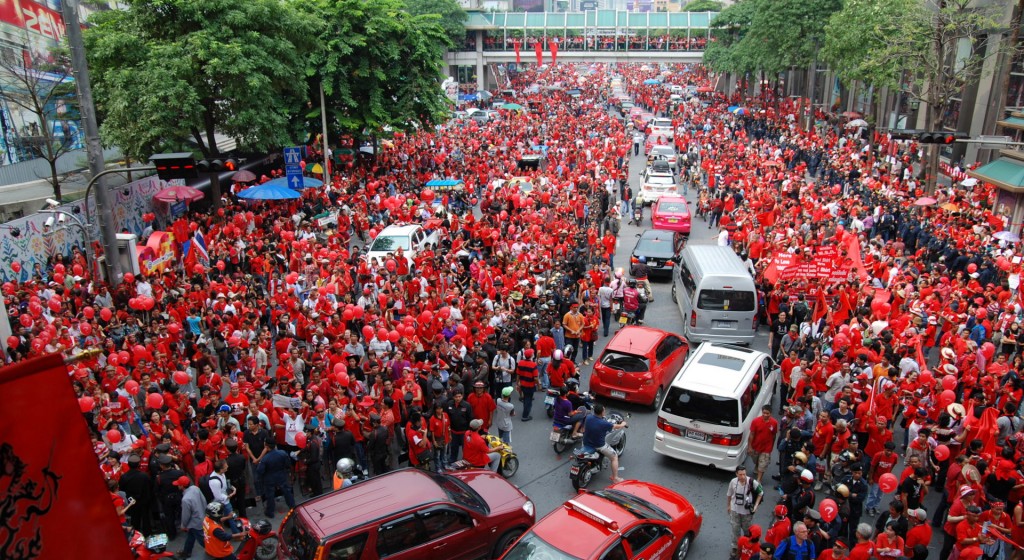 The head of Thailand’s pro-government red-shirt movement said any attempt by the Supreme Court and the Senate to set up an interim government as called for by the anti-government PDRC would be unlawful and could steer the country toward civil war, The Bangkok Post reported. The leader of the PDRC has called on authorities to establish an interim “people’s government,” after caretaker PM Yingluck Shinawatra was removed from office last week. Suthep said the PDRC wants a response Monday and has threatened to “take matters into its own hands,” the report said.

This is no CIA Plot. This is the people fed-up with corruption.