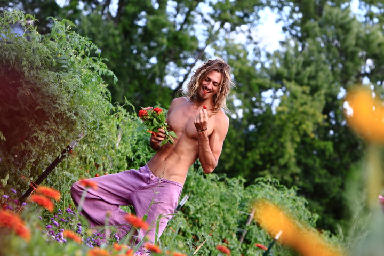 Texas sent in a SWAT teams without any probable cause looking for anything they could trump up against The Garden of Eden community. The inhabitants had no drugs, weapons, or anything illegal. After handcuffing people, threatening them, all the police could do was arrest one person for a past-due traffic fine. They destroyed crops and generally acted as arbitrary as they possibly could. This is typical. When they are wrong, they often take it out on the people just because.

Raiding such a community WITHOUT probable cause is totally unconstitutional. This is my point about the Constitution – it is just a worthless scrap of paper with the purpose of providing propaganda and false hope.

The Constitution protects nobody. It was supposed to be a self-restraint upon government. It fails in every respect. Government agents can do as they like and it is the BURDEN of the citizen to prove that they violated the Constitution. Even in France, when they enact a law, there is a constitutional review BEFORE it is passed. We lack that check and balance in the United States. Those in government should NOT have any immunity including judges. They there would be some caution before they act. They should have to get clearance from a Constitutional ruling by an independent panel BEFORE acting outrageously. For the police to do what they did in Texas is actually a criminal act (see 18 US §241). They violated the civil; rights of those people. Of course, only the government can press charges – not a citizen. The citizen can complain and ask that they be criminally charged. The odds of the government criminally indicting anyone in government has as much chance of Obama winning reelection. What happen the the right to pursue happiness.

While I might not be the type of person to do nothing like that on some commune, that does not give me the right to prevent anyone else from looking for their dream in life. Government has to stop this idea that they can dictate to the people. Their assault on WACO was another outrage. If those people were attacking others it is one thing. To merely possess weapons because they thought the end of the world was coming – that is their right if they feared a Mad Max event. To try to justify their acts claiming the leader was having sex with young girls was not the reason they were there. That is a separate issue to try to justify the killing of so many people. The group was suspected of weapons violations converting weapons to machine guns and a search and arrest warrant was obtained by the U.S. federal agency ended up in killing many in the compound for their religious beliefs.

John Stuart Mill said it best in his monumental work On Liberty. This is the real definition of LIBERTY and it is not the people who need to be restrained – its is government as Mill explained and the US Constitution was intended to restrain government but the courts reversed its entire purpose.