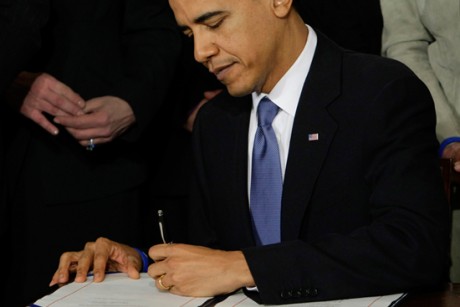 Obama signed into law the 2014 National Defense Authorization Act (NDAA), a sweeping defense policy bill, which includes some improvements in terms of civil liberties and human rights on its previous two iterations. However, a number of provisions — as in the 2012 and 2013 NDAAs still allows for indefinite detention.

Most brainwashed Americans who just support whatever the government does and the American press who refuse to tell the truth about the Guantanamo Bay prison camp, are unable to see the truth because of their blind patriotic prejudice. The government sent to trial its VERY BEST case for those held at Guantanamo Bay and the New York jury acquitted Ahmed Khalfan Ghailani of all but one count of conspiracy-related charges out of 224 charges. Conspiracy is only an agreement and ANYONE can be convicted of that crime for government uses that when they cannot prove a case. The “agreement” becomes someone who then testifies against you that you agreed with them committing some crime. Literally, someone could murder your spouse, they get caught, and they tell the police you paid them in cash to do it. That’s enough to arrest you and put in in prison for life. The real criminal will get less time and you do his sentence. The whole thing becomes to convince a jury you only agreed.

Ahmed Khalfan Ghailani’s landmark civilian trial was the end of prosecuting those in Guantanamo in civilian court for those that remain are innocent. They also release some quietly that were never reported by the press from VERY GOOD sources, and because they were released in jeans and sneaks for clothing, they were killed upon arriving home assumed they were brainwashed and turned into spies since there was no public announcement of their release. That ended the quiet release effort. So the government will not publicly state that these people are victims of their stupidity, so indefinite detention is maintained as lawful to cover up gross mistakes. 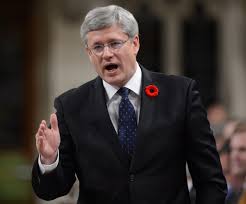 Now Canada joins the crowd as an authoritarian anti-Human Right nation. Yes, quiet Canadians are joining the brainwashed people who believe whatever their government tells them to their doom and it is called bill C-51. There have been some smallprotests against Bill C-51, the Canadian version of the USA insanity. This is Canada’s new anti-terrorism legislation proposed by the Conservative government. Stephen Harper, the prime minister who seeks to eliminate human rights in Canada.Harper is shoving this outrageous legislation down Canada’s throat with only a small group of demonstrators he sees as merely representing a tiny vocal minority.Harper is the typical politician who has used the standard scare-tactics to win election, you are not safe without him bullshit from terrorists. Harper took a tougher stance on security to win October’s general election and now comes C-51 to eliminate human rights and allow Canada to do what America does – imprison its mistakes without a trial until they die.

The reason we should be concerned governments are turning to eliminating human rights is rather simplistic. The definition of terrorism is essentially anyone who disagrees with government on any topic. It is like child molesting. We all think of some guy grabbing a 7 year-old. Yet we are stunned to find an 18 year-old boy arrested because his 17 year-old girlfriend sent him a nude picture of herself. Our definition of a terrorist and the legal definition are always way different.

They are preparing these powers because they KNOW socialism has failed the same as communism. To say it bluntly, centralized planning cannot work when the bulk of people in government are lawyers for all they know how to do is write laws and punish people. They will NEVER reform the legal profession so you will pay higher and higher healthcare costs so the lawyers can wing huge fees. Government does not fairly represent all fields for there is no other profession so widely represented other than lawyers and they will NEVER write any law against their own trade.

So one by one, every nation is preparing for the economic downturn for they know they cannot sustain the promises of socialism and that will lead to rising civil unrest. They are putting the laws in place that will come back to haunt the general public. Look at it this way. How many terrorists needed to be indefinitely detailed in the USA no less Canada? What happened to innocent until proven guilty in a PUBLIC court of law? If they are a real terrorist, put them on trial as we see in Boston right now. When they have the evidence, they like the public show. When they do not have evidence, that is what the indefinite detention is all about for it allows government to imprison all their mistakes forever.

Since taking office in 2006 the Conservatives in Canada have given the security services more power, lengthened sentences for existing terrorism offences and introduced new ones, such as leaving Canada to commit acts of terrorism. So any Canadian who wants to join ISIS is now a crime. C-51 continues this approach. It would make it a crime knowingly to advocate or promote terrorism “in general”. Just what is terrorism?

The Canadian Security Intelligence Service (CSIS), which until now has merely collected intelligence, would gain the power to act on it to disrupt potential terrorist activity. Government agencies would be able to share information about individuals more easily. Now we have big brother everywhere because they need to know when they cannot fulfill their promises who will rise up against them. Terrorism laws are covertly being broadened to protect government from all the people not the people from terrorists.

« “What the bloody hell is going on!”
Shifts in Liquidity – Indicative of Deflation & Bond Bubble? »