I was wondering your thoughts on the movements in 3D printing, nano tech and robotics. Given your projection for a coming economic re-structuring, is there a chance we move into mass unemployment with much of today’s manufacturing jobs (to name one industry) replaced by these new technologies.

ANSWER: Yes. We are going through that process even now with the internet. It is eliminating countless jobs while creating new ones. At Princeton Economics use to have a staff of 240. Collecting data was a huge task and it was manual. Today, what use to take 30 people is down to one. Newspapers are collapsing as people turn to the internet and the “mainstream” press address only a generation expiring failing to grasp a new audience among the youth. Computer stores are rare for the best are now on-line. So much has changed and continues to evolve. Even the NSA has gone nuts grabbing everything like a spoiled kid in a toy store.

This is why unions are so destructive. They seek to keep raising the price of labor for the same job while freezing skills. That is counterproductive. They fight the natural evolutionary process that takes place because of technology.

Princeton Economics was the largest and highest paid firm ever with more than $3 trillion under contract. Why? We originally delivered our reports by telex. The cost for communications was about $250,000 annually alone during the early 1980s. Reports top the Middle East cost $50 in delivery costs alone. We opened offices around the world to reduce those costs for clients. We were the biggest client of Western Union at the time. When fax came out, those costs dropped from $50 per report to at most $5. Then email came out. Now the communication costs are nil. That is the advancement of technology and how it has changed even our business model. 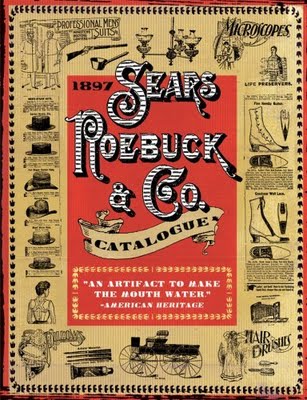 So yes. Technology advancement changes everything for it destroys some jobs while creating others. The automobile eliminate horses and carriages. The airplane eliminated long-distant trains. Yet the train created mail order as product could then be delivered. It was the invention of the train that really created Sears & Roebuck & Co. whose catalogue could be used on the frontier. The railroad was the internet of the 19th century. The stocks boomed. It was the takeover of new companies that created the anti-trust laws in 1890 because as railroad merged, they reduced jobs.

A friend bought Easy Pass. Government promised it would never be used for anything else but tolls. As they went through an Easy Pass in Maryland, they received a speeding ticket for 66 in a 55. They can now fine you for speeding by calculating when you got on and off. As always, government can never keep their fingers out of other people’s pockets. We just generate money for their outrageous pensions they negotiate with them selves, for themselves.

We really do not need voting machines. You can do it online if they wanted. There is so much change that can be done it is amazing. Cell Phone watches are soon to come out. They are already talking about putting chips in your children in case the are kidnapped. Of course the government will then be able to track every person at all times. They can clone body parts. You maybe able to live at least twice as long. That should help unemployment increase further because they still will not figure out that if you lower taxes you create jobs – raising them destroys them.