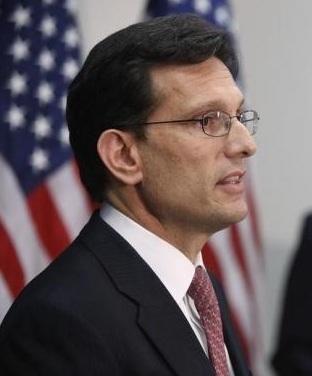 The House Majority Republican Leader Eric Cantor of Virginia, a 7-term Congressman, lost to a Tea Party challenger on Tuesday even after spending $5 million to try to bullshit the people. Despite the celebration on the Democratic side assuming this is really a victory for them, the true message remains this is a blow to politics as usual. This stunning Republican primary upset has sent shockwaves through Congress and gave the conservative movement a landmark victory that is warning the 2016 elections will indeed be something other than usual.

In a conversation with Glen Downs, he explains that the institutional “K Street” Republicans are blaming the voters rather than themselves. They are not asking why Cantor, who was the No. 2 Republican in the House of Representatives, was easily beaten by college economics professor David Brat. Brat is articulate and accused Cantor of betraying conservative principles on spending, debt and immigration. Brat spent only about $122,000 compared to Cantor’s $5 million,. This is demonstrating the voter anger that cannot be swayed with money.

Boehner is so out of touch with the rest of America it is scary. Cantor’s defeat will mean a shake-up in the Republican leadership. It is starting to look like someone will run for that position from OUTSIDE the “K-Street” Republican crowd. Boehner’s war against the Tea Party has been nasty and ultimately will destroy the Republican Party as it has prevailed. The “K-Street” Republicans in the House may control for now, but other members are starting to get nervous about the depth of public anger toward Congress. Unfortunately, Senator Lindsey Graham of South Carolina beat a crowded field of six challengers who also had accused him of not being conservative enough.

The victory also emboldened conservative leaders among the Tea Party, and could encourage a challenge to Boehner when the new leadership team is chosen at the end of this year. This victory for the Tea Party is truly an apocalyptic moment for the GOP establishment. They have ignored the grassroots that is in real revolt and marching in a rising tide against Washington and business as usual.