Taxes Ready to Create the Next Economic Decline 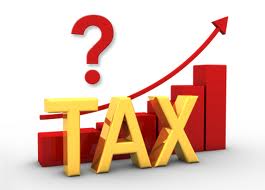 Between FATCA and Obamacare which starts to fine people this year who cannot afford health insurance (lower classes), we are looking at a massive tax increase for 2016 and beefed-up enforcement. People have to comprehend that you do not have to raise taxes, all you have to do is reinterpret laws that already exist and then you go enforce them. This shifts the burden to the taxpayer who is not likely to fair very well before a federal court.

Obama is adding  9,245 new hires to the IRS. Those in government cannot get it through their head that the higher the taxes go, the less disposable income remains, and that reduces the velocity of money which produces recession. The socialists pretend taxing the rich will be fair. But the spending from the “rich” (household income $250,000), stimulates the economy and creates the appearance of the boom. Raising taxes on them and even handing it to the lower classes will not result in their guaranteed spending. If they lack the confidence in the economy because they do not see the “rich” out and about, they will not spend either. Governments do not get this aspect of human nature. It is the herd instinct.

As the economy then turns down from the lack of spending, tax revenue declines. It becomes a self-defeating mechanism. Government CONSUMES wealth, it cannot produce wealth. That is why we call them PUBLIC SERVANTS. Any servant you hire costs you money. They produce noting as a contribution to your wealth.