Switzerland Show Some Guts At Last 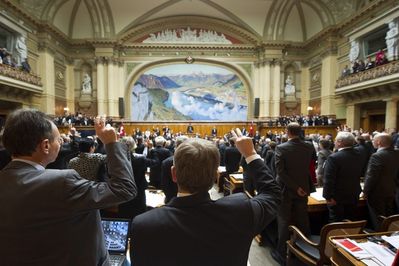 Legislation that would have ended the Swiss banking laws and handed everything to the USA was defeated in a recent vote. The secrecy laws was put in place in 1934 to protect the Jews and Germans from Hitler who attempted the same thing making it criminal for a German to have an offshore account. The Sovereign Debt Crisis cannot be solved by even raising taxes to 120%. The politicians are desperate to hold on to power and cannot see their own destruction of the world economy is taking place because of their greed and corruption.

« G8 Going to Hunt Down ALL Capital
NSA Saves the NY Stock Exchange – Everyone Rejoice! »