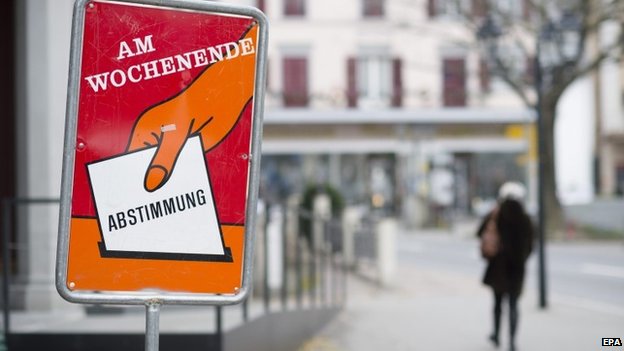 In today’s Swiss gold referendum, roughly 78% voted against expanding central bank gold reserves to 20% of central bank assets from the current 7%, according to Swiss national broadcaster SRF. The polls proved correct and this was behind the sharp collapse in gold on Friday. Those who keep preaching a gold standard have lost all real support in the one country that could have taken such a view. Today’s vote is a blow to the movement to “Save Our Swiss Gold” that had the hopes of moving Switzerland back toward a gold standard which the country left in 1999. Gold is now poised for new lows heading eventually into the Benchmark Targets.

The Swiss voters also rejected the restriction on immigration as reported by the BBC. The majority of the Swiss again saw clearly that blocking wealth immigration would be the straw that breaks the back of the nation.

What the Swiss now need is a referendum to return the nation’s secrecy laws and reclaim its historical neutrality. Failing to accomplish that will leave the world trend in a dangerous convergence of authoritarianism.

« Why Does History Repeat?
The FORECASTER May Become Available for a Restricted Global Viewing »