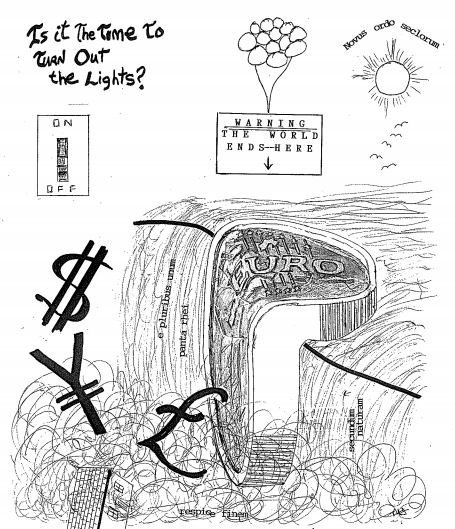 It is just amazing how we never learn. During the 1980s, I was dealing with Australians who were sold Swiss mortgages to interest. Boy – the losses I had to bailout. Well, history constantly repeats. Now Hundreds of people have protested in Romania against high repayments for Swiss franc loans, blaming the banks for offering deceptively cheap loans and calling on the government to regulate hard currency loans.

The cry is always the same – “The bank tricked us!” This is the chant being yelled up to 1,000 demonstrators gathered in a downtown square. The banks always do this. To sell loans, they tell people they will save interest using another currency.

I was blamed for the takeover boom because I advised many of the takeover tycoons in the 1980s. But I showed them HOW to take debt and convert it to a performing assets. I showed Alan Bond of Australian and if we borrowed in a depreciating currency against a asset in a rising currency, the debt would be reduced by 20-40%.

Borrowing in one currency for an asset in another can be very beneficial. But you need a sophisticated computer to track it. The banks just dump average folks in this stuff and walk away. They do this every single time.

The amount of mortgages in Swiss are staggering. They are in Britain down to Greece. It was a great sales pitch and the unfamiliar average person has been wiped out in the middle of an economic decline. This is how an economy implodes into deflation.