The Swiss franc has risen by almost 30pc against the euro after the central bank shocked global markets by abandoning its long-standing peg to the euro imposed in 2011. The Swiss had no choice. They have been buying Euro at alarming amounts as smart money bet the Swiss would be far better at the end of the day than a Euro. As long as the Swiss was pegged to the Euro, the Swiss central bank was locked into swapping Swiss for Euros all the way down. They were buying Euro as it collapsed losing a fortune.

Yes at the Berlin Conference we forecast that (1) Greece would leave (2) Swiss would abandon the peg, and (3) the separatist movements in Europe will gain momentum by 2016.

The Swiss National Bank’s (SNB) move to scrap the exchange rate control was inevitable. Swiss stock markets plunged by more than 10pc after the announcement, while the euro-franc currency market descended into disarray. But once again, we do not need to be POLITICALLY CORRECT. I stated bluntly – no peg has EVER be able to withstand the pressure of reality. This was the outcome of the Asian Currency Crisis with their attempts at pegs, and let is not forget the collapse of Bretton Woods, which was a peg of the dollar to gold at $35 and then everyone pegged their currencies to the dollar. 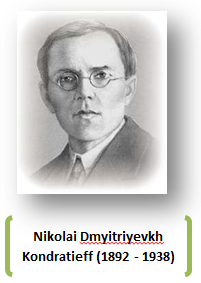 PEG historically always fail. They are reflections of politicians simply trying to manipulate markets for political purposes. Free speech in economic analysis is mandatory. They killed Kondratief for that and even in 2007, some nations like Latvia jailed economists for saying there would be a recession.

It is interesting to say the least that free speech and economics do not always exist. There is the academic pressure to ban anyone who disagrees with mainstream. Then there is the press who will never report our forecasts for political reasons, then there are the major brokerage houses and banks who cannot retain their licenses if the contradict the government. So much for FREEDOM.