Stock Market & Bonds During the 1980s 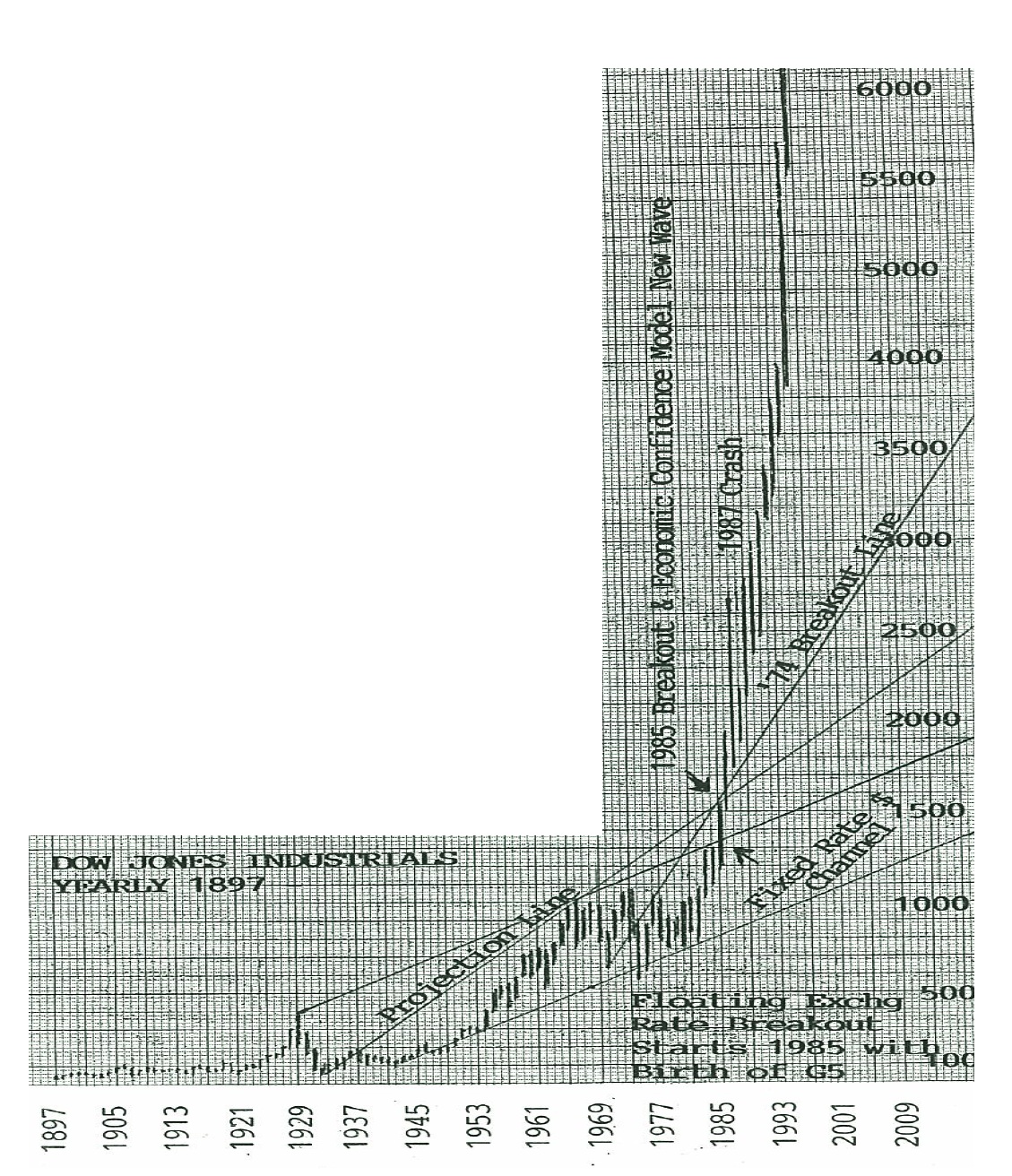 The DAX is making this type of breakout whereas the Dow is crawling sideways along resistance. It is not quite ready for prime time. That does not  preclude the Dow from first reacting down with the first rate hike because so many people believe higher rates are bearish. Those will be the buying opportunities when presented. 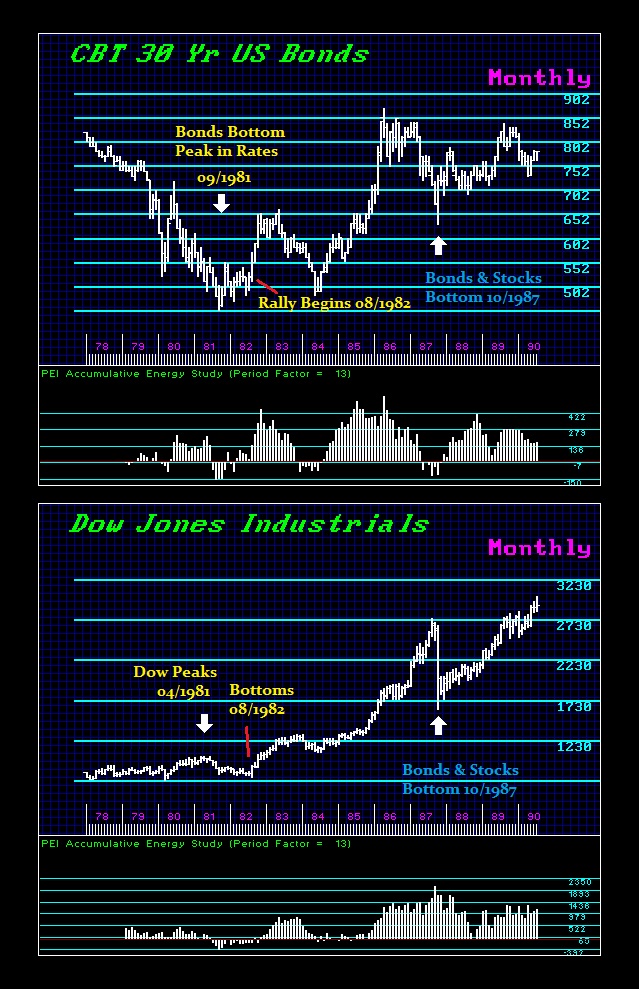 The Dow peaked with the ECM 1981.35 and the bonds fell into September. The Down continued lower with the initial decline in rates and did not start to rally for almost one year. Then for the 1987 Crash, both bonds and the Down bottomed because this was a currency move. Expectations that the dollar would decline 40% cause the Japanese to sell ALL US assets including bonds. So currency and capital flows cannot be ignored in trying to ascertain the direction of the future. Even gold will rally with stocks when the CONFIDENCE shifts away from government. Now the gold promoters will say now for they never have confidence in government. That is not the driving force. It is when does the average person respond, not people already preaching the sky is the limit.

You have to realize that everything will be impacted from bonds and stocks, to insurance annuities and commodities. Insurance with fixed sums for payouts are not adjusted for the depreciation in the purchasing power of a currency. So it is like the old joke. A man has cancer and has himself frozen until there is a cure. He calls his brokers and gives him all his money. He is woken up and cured 30 years later. He goes to the telephone and calls the brokerage house. He gave then $1 million and they proudly say his account is now $100 million. He is ecstatic. Then the operator comes on and says that will be another $1 million for next 3 minutes.