The definition of real insanity is sticking your finger in the same light socket over and over again, yet expecting a different result. This is what we do with each and every crisis. There is some investigation and political pronouncements, yet NOBODY ever asks has ANYONE ever tried this before and did it work? As a society, we just are incapable of ever learning anything. Science moves ahead, but even that comes with great pain. They burned Bruno at the stake for dare saying the earth revolved around the sun – God forbid. Economics is much the same. We cannot advance because of the bias, prejudice, and self-interest of so many groups. This necessitates the entire system collapsing in order to force change.

Government is cracking. There is a rising tide against the stupidity of government, and their response is to usurp even more power. As we head into 2016, it is important to grasp the seriousness of what we are facing. We are attempting to bring on line for the world to see our full version of our Artificial Intelligence system. The only way to eliminate human bias is to objectively analyze events and call the shots as they are. The best way to accomplish that is by computer. What we have created here is far beyond anything ever attempted. We have constructed the largest data base in history. That has then been provided as a learning base for the computer. In this manner, you can ask it a question and it will respond. Thus, we can ask if there is a solution to a specific event. 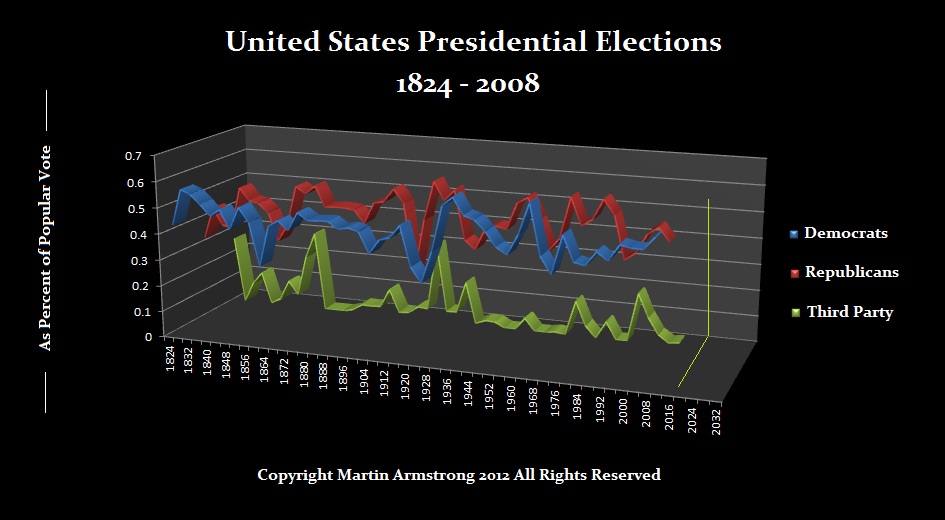 The year 2016 is a primary target for political change. 2014 is a target for turning the war cycle and 2015.75 is the next turn on the Economic Confidence Model. We are in serious trouble. Even in Ireland, the people on Saturday were actually voting to dismiss the Senate to save money. Here we have Ireland actually voting to get rid of politicians in one house to save money.