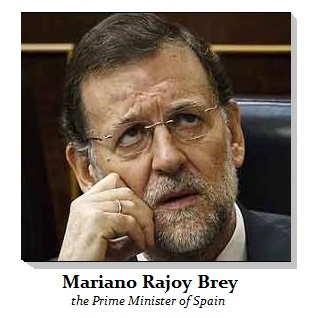 Spain’s constitutional court has decided to suspend Catalonia’s referendum on independence following a request from the Spanish Prime Minister Mariano Rajoy. This ruthless undemocratic pretend leader jumps whatever height the EU Commission tells him to do betraying his own country to the rising dictatorship of Brussels.

As reported, a court spokeswoman stated that the 12 judges reached the decision to suspend Catalonia’s November independence referendum after an hour-long emergency meeting. They too are a total disgrace to the very idea of democracy and the West should just stop the pretense that they are any different from Russia. Power devolves to dictatorship whenever there are no checks and balances. This is a simple truth of history without exceptions.