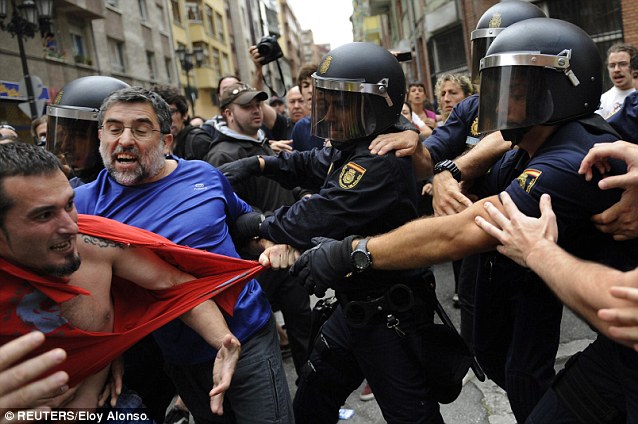 Spain wants to collect taxes for citizens on Facebook and Twitter using what they say. Spain has its Financial Police to hunt down its own citizens and shake them down or imprison them as they are desperate for money. Last year, Spain went after known athletes for tax evasion. In addition to the social networks, the tax authorities are now also studying online platforms for sale of cars and rental houses.

Spain’s abusive police beat and hunt down citizens for spare change. The police are brainwashed against the people to protect the government. Hence, the police are very much acting as did the Roman Army that began to sack Roman cities to get money for themselves. This is the darkest danger of government. It pits society against itself and there in lies the fall of empires, nations, and city states.

« Germany Threatens Greece with Bankruptcy? Should be Other Way Around.
Ukrainian Food Riots »