There has been a lot of talk on how Snowden is the NSA’s biggest nightmare. At the core of the issue is the right to privacy and this is what people forget. There is nobody who would argue against international intelligence gathering. However, despite what people are led to believe, just like the IRS scandal is revealing the abuse of tax law to target political groups, the same corruption has infested everything. The NSA does not need to seize every phone call and then store it forever. Microsoft has screwed itself royally by cooperating with this paranoia so that Windows 8 now phones home and reports on any non-Microsoft software you install. That is why NASA has abandoned Microsoft. They have totally destroyed Skype. There is nothing these people have not screwed up because they have to know everything and that will be used not for terrorism but for taxes.

It was Griswold v. Connecticut, 381 U.S. 479 (1965), where the right to privacy was established. That was a landmark case in which the Supreme Court of the United States ruled that the Constitution protected a right to privacy. Some right-wingers think that should be overturned. I think they should volunteer for euthanasia since they do not respect human rights and would obviously regard Jefferson and Franklin as either liberals or terrorists.

The Griswold v. Connecticut case involved a Connecticut law that prohibited the use of contraceptives. The question was not just should people be allowed to use condoms to prevent children from being born against the design of nature, but exactly how do you enforce that law? Do government agents then have a camera in every bedroom? Or perhaps they must enter to inspect before insertion? This was the right to privacy and that was a 7-2 vote. I cannot imagine living in a world the other 2 saw nothing wrong with government inspections before sex. Call me old fashion. Call me a romantic where I think such an invasion would dampen the mood. But do not call me a mindless drone willing to give up everything so sick paranoid people can sleep at night knowing what everyone is doing has been approved by them. 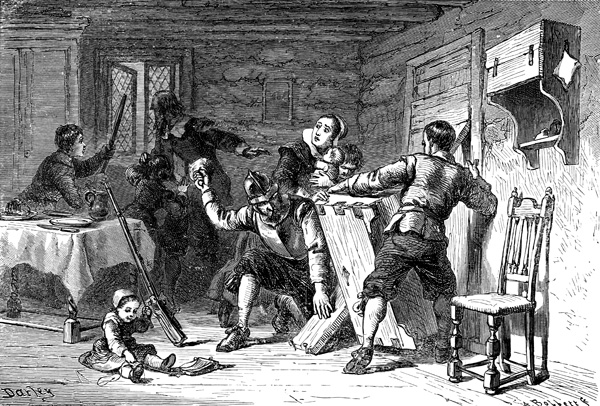 The Puritans were chased out of England and became the American “pilgrims” who were religious nutjobs. They massacred a tribe of 600 Indians because the women were bare-breasted and they determined that offended God. Of course, that somehow did not offend the Thou Shalt Not Kill doctrine. These people made it a felony to kiss you wife in public, outlawed all sports because it led to cursing, outlawed plays because acting was lying, and outlawed Christmas celebrations actually having people go around and peek in your windows to see what you were doing. Sounds similar to the NSA. International security is one thing – then exonerate all other non-terrorist crimes if the NSA ever used any info for non terrorists acts – complete 100% immunity from all other laws. Then they will not abuse what they have taken illegally.