Should the US Give Up The Dollar as a Reserve Currency? 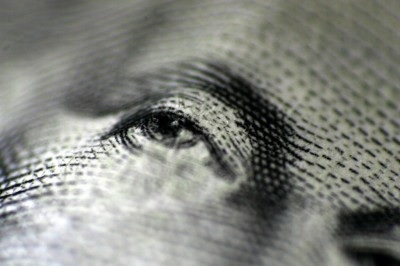 For the first time the position of the dollar as world reserve currency in the United States has come under criticism by Obama’s former chief economist, Jared Bernstein (2009-2011). Bernstein argues that the accumulation of dollar reserves abroad make the US currency too strong. This destroys jobs in the United States and weakens the economy. Retaining the dollar as the reserve currency is something the US can no longer afford is Bernstein’s argument.

Yet Bernstein’s argument falls flat for this is not even a decision that the US could create unilaterally. The dollar is the reserve currency not by decree, but by the sheer fact there is no alternative among nations. This is one problem that is causing the shift among central banks to enter into private sector investments as reserve status to diversify.

The ONLY way to replace the dollar as the reserve currency requires the establishment of a new world currency that will most likely take the form of an electronic currency among nations. My bet, the administrator will turn out to be the corrupt organization of the IMF. That would be a total disaster in my OPINION.

Nevertheless, even that step will not dethrone the dollar. The ONLY way to actually accomplish replacing the dollar is to adopt our SOLUTION. The debt must be eliminated for as long as we borrow, then that debt is what becomes the reserve, which just so happens to be denominated in dollars. So even if you created a single world reserve currency, you still would have the dollar as the de facto reserve currency as long as US debt exists. Under the current monetary system we need a place to park money – reserves. 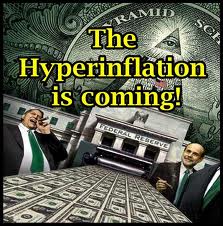 Those who keep preaching the demise of the dollar based upon antiquated theories that money must be tangible are living in the old world where the Earth is still flat. The economy is far more dynamic and has long evolved beyond those primitive ideas. They cannot grasp that since the dollar is the reserve currency, the demand is global – not exclusively domestic. The Fed pumped a ton of new money into the system buying back 30 year bonds, but it failed to have an immediate impact because it was absorbed internationally where the deflation was the worst and still is in Europe with this deflationary trend hitting China and Russia. These notions and arguments of hyperinflation ignore the entire world and focus only on crude parochial concepts that died with the 19th century. 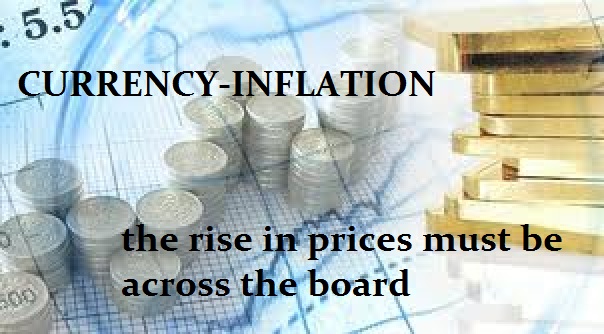 It is true that there are several faces to inflation. There can be a cost-push inflation sparked by shortages as we see in Palladium right now or food, but the type of inflation they tout as hyperinflation must arise out of currency-inflation where prices rise equally across the board due to the increase in the supply of money. However, this has unfolded ONLY when there is a collapse in the trust of government. Such incidents have taken place in German, Zimbabwe, and even Japan. In each instance, the people turn and use the currency of OTHER nations. There is no such alternative for the dollar – it is the core of the economy of the world that everyone needs to prosper from Europe to China.

The rise in the dollar will reduce economic activity and on that score Bernstein is correct. That is part of the cycle. However, the dollar MUST rise dramatically for you will not reach the point of no return until the pain threshold rises. The dollar will not simply be replaced with nothing happening.

This is part of the rise in the US share market. We have fools swearing the market is only pumped up by QE3 and as soon as the Fed ends the buying the market will crash. This again is a purely domestic view that illustrates the total lack of understanding of the global economy.

We may NOT get a correction in the US share market and could just blast out to the upside in a Phase Transition that sends panic running down the streets. The retail investor is not even in this market in size so where is the crash coming from?

Yet there is another aspect that Bernstein is not talking about – that is sovereignty that may be the real issue. Obama learned with Syria that China played Russia’s side and that put Obama in checkmate. Because of China’s dollar reserve, he lost control of politics just like a corporation must deal with a large voting block of stock. Immediately thereafter, Obama introduced the Fed tax-free bonds he pretended were to help pensioners, but in truth were to bring the debt home to regain sovereignty.

Things have changed. The future is in the hands of the past. But we are starting to hear the faint rumblings that are on the way to our conclusion forecast – a one world electronic currency is in the making. As Larry Summers floated the negative interest rates, Bernstein is floating the idea of removing the reserve status of the dollar paving the way for a one world currency.

« Will the USA Also Break-up Into Regions?
Political Intelligence or Lack There-Of – You Can’t Make Up This Stuff »