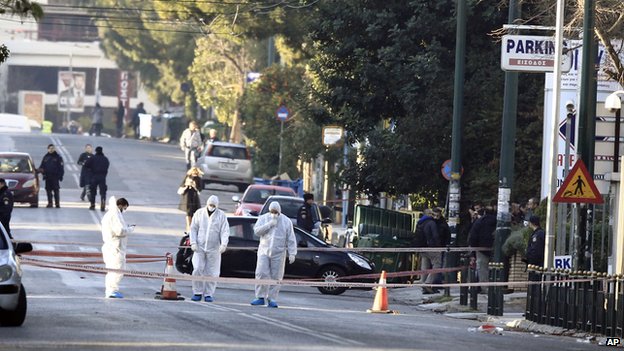 Shots were fired in Athens at the residence of the German Ambassador reported by the BBC. This is what is tearing Europe apart. The IDEA of a New World Order will never work because there are still cultural differences and one government will not prevent war. They never heard of Civil War I suppose. Germany is being blamed for its DEFLATIONARY Austerity views as it remains paranoid about the 1920’s Hyperinflation just as the US remains obsessed with any decline will always turn into a Great Depression. The Germans always restore to DEFLATION and the Americans turn to INFLATION. This is part of the rising tide of Civil Unrest in the Cycle of War.