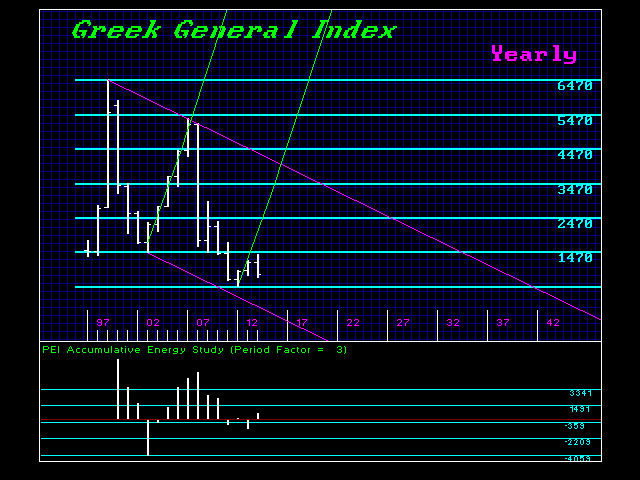 The 2014 year-end closing in the Dow was strong, but not quite ready for liftoff. The failure to close above the 18500 level only keeps the Dow in a base-building position for what is to come. Only a closing below 16978 will signal a brief pause in trend. We will be addressing this in a special report for the year.

The DAX also closed at an 11 year high, yet also still contained. In France, the CAC40 closed LOWER than 2013. Key resistance will stand at the 472000 level for 2015. Italy also closed at 19012 just a hair above that of 2013’s close at 18968. Greece made and outside reversal to the downside. Nonetheless, the 13 low established in 2012  from the 1999 high warns that Greece will leave the Euro. Its economy and markets have been devastated by Brussels. The conversion to the Euro was the equivalent of strip-mining the national wealth. If Greece bails-out, this will become one of the better performing markets in Europe over the longer-term.

« The FORECASTER & Marcus Vetter
Boehner on the Way Out? »