Separatist Movements are Also Alive in the USA – Goodbye California?

I have reported how there are separatist movements cropping up all over the place. We will see Scotland come to a vote this year in 2014 about separating from the United Kingdom. As taxes rise and finger-pointing increases, the rising trend is to separation. The building resentment in Southern Europe to break away from the Eurozone is gaining support in Greece, Italy, Spain, and Portugal. The only thing they got out of the deal besides higher debts was import-duty-free German cars and French wine. Most restaurants in Rome will not even serve French wines. Even in Switzerland the bias is toward Italian wines.

The separatist trend is also alive and well and we will see this movement gaining popularity with the Bible-Belt looking to separate from the USA leaving the Democrats to themselves. If the Democrats won in 2016, there might be civil war. This separatist movement exists even in Texas, but now it is rising higher in California. There, it is primarily North v South, but there is an argument to divide California into 6 states. This is all part of the decline and fall of socialism. Obamacare has been a total disaster. Even my personal insurance went up by 20% and others a lot more or cancelled. It would have been cheaper to just pay the medical bills for the 1.1 million people and leave the rest of us alone. But no possible way. The government has a policy. If it ain’t broken – break it. And if it is broken – try to screw it up so bad you can blame someone else. If it does work well, there must be something wrong. 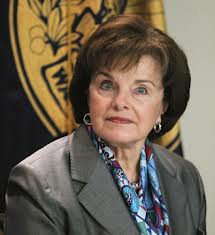 My only question to California – if you do break up into 6 states, who takes Diane Feinstein? I would donate if you made her a State Senator rather than Federal.