Alex Biryukov, Ivan Pustogarov at the University of Luxembourg discovered a flaw that allowed people to crack in. However, before the flaw became public it was corrected. The best is the Tor Bundle. 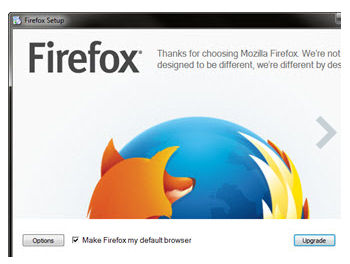 The new version of Firefox improves security and speed by enabling newer TLS (Transport Layer Security) standards by default and by implementing the faster SPDY 3.1 replacement for the Web’s basic communication protocol, HTTP. However, this is an open source and you can get add-ins for anonymous browsing such as Tor and AnonymoX is an initiative for anonymization on the internet. The aim of this is to restore the users right of anonymity in the web. Most websites do monitor your behavior creating detailed user profiles, which often times are sold to third parties no less accessible by the NSA.

The problem going forward is not that you have something to hide – it is the way government “thinks”. The view of people in government is basic jealousy against those in the real world. They think we all make tons of money and that we are hiding it from them. They actually look at us as NOBODY is trustworthy. Therein is the problem. NOBODY is innocent to these people and I do not say this lightly or without FIRST HAND KNOWLEDGE. In my own case, it was not that they could not find something, it was that I was so smart I anticipated every move they would make so they could not find anything. They even question the head of NY University Forensic Psychology asking him to put a number on how smart I was to be their excuse as to WHY they could not find anything. They are never wrong because people in the private sector are NEVER innocent. The answer is not that you have nothing to hide, it is that they should not be listening without PROBABLE CAUSE targeting an individual. They prosecute drug cases using phone taps and then take the stand and say you said buy 3 pizzas and they swear that is a code word for cocaine. They RARELY if ever have direct words in any crime. They claim EVERYTHING is a code word for something.

Therefore, anything you do can be twisted in their minds and that is the problem. You cannot be sarcastic for reducing that to a transcript becomes just works. If someone asked you did you ever kill someone and you joked saying Yes – JFK! That in writing becomes a confession. So anonymity is not to hide wrong doing, it is to simply retain your freedom of speech that was once important to Americans, but is no longer. Does a policeman have the right just to stop you driving and ask for all your papers when you did nothing? This is what is going on behind the curtain. Because America prosecutes only thought crimes as conspiracy, meaning you do not have to do something, them listening is highly dangerous. Jokes become confessions and “pizza” can become millions of dollar you are hiding.

The NSA has introduced a serious threat for freedom of speech on the internet. The NSA is now in the repression business through federal and private organizations that assist them. More and more governments censor websites with the excuse of child safety, copyright infringement or the fight against terrorism and thereby limit the freedom of speech in everything.

FireFox with the add-on or anonymoX enables you to…

This does not access a website directly, it’ll be first opened by one of a server, called Proxy that hides your true internet identity and makes it look as if not you, but the Proxy is currently visiting the website. AnonymoX actually provides anonymization and country faking is done by an anonymization network. It consists of many servers, in every country of your country list. These servers are provided and managed by them.