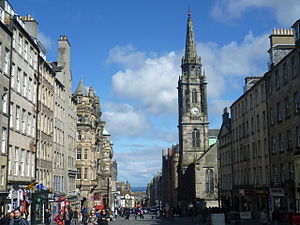 A number of questions have been coming in about Scotland. Yes, it has the capacity to become the real Switzerland of Europe where capital would be attracted if they are out of the UK and the EU. Why? The EU is looking to more than just tax financial transactions, they are looking to even outlaw short-selling thinking they can support the Euro and their economy that way. Brussels cannot get it through their heads that if you prevent people from selling, you will prevent people from investing.

Scotland would be entitled to the North Sea Oil. It could actually end up with a surplus budget – one of the few around in the world. It would also be interesting but separating from the UK would disrupt the bond markets for the question would then turn to who get the debt. Traditionally, it belongs to the UK and if Scotland leaves the UK it belongs to England.

If Scotland were to recognize that being outside both the UK and EU would act as a magnet for capital if it does not join the paranoid Anglo-Saxons respecting privacy then this could be a real economic boom. They would be clean or past problems with the banks regarding Germany and the USA so you could actually have a real banking system emerge that once existed in Switzerland.

There is no doubt an incredible opportunity for Scotland under independence. Of course, human nature and politicians being what they are, will eventually muck up the whole thing given time. But in the short-term, if Scotland actually took the high road here, they could set the model for the rest of the world.

Scotland could set off a contagion. The vote is due the 18th of September – this week. Many markets have shown the week of 09/15 as a turning point including the metals. This is also coming the week after the turning point of the ECM.