Scotland Can Become The New Switzerland of Europe 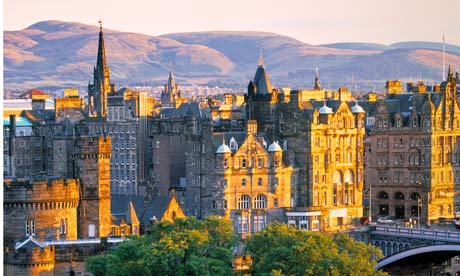 Even within each nation, there is a divide that centers on the stark difference between the HAVES and those who want to take by law whatever they have without working for it – the INDUSTRIOUS v the LAZY. This conflict is emerging everywhere in California and even in New Jersey. So in Scotland, this is true between Glasgow and Edinburgh.

Independence is the first step. This would shake things up even in London and force reform. Scotland could then move to become the New Switzerland of Europe since the Swiss gave up everything that made them Swiss to start with – TAX REBELLION of William Tell after the tax collector made him shoot the apple from his son’s head. The neutrality of the Swiss worked in war ONLY because they held the money for everyone while they fought. Today, the Swiss gave up everyone and their mother trembling in fear of the USA, Germany, and France not to forget Italy. If war comes to Europe, I seriously doubt that chocolate and watches will secure their neutrality this time.

Scotland could really become the financial center of Europe if it was smart. I would kick out the banks trying to manipulate the election for their personal gain and strip them of their name when related to Scotland in any way. Their greed and treason are on equal footing.

If Scotland were to remove itself from the EU and just look at the numbers, trade is a tiny portion of world capital flows. FOLLOW the money, not the trinkets. The EU will NEED Scotland for the North Sea Oil. They are playing with a full house – use it. This will be a close race and the scare tactics are everywhere. The bankers are hard at work to protect their bonds portfolios swearing they will close up shop and move to London. They are trying hard to keep their fiefdom while selling the people to the EU. Hey – they needed massive bailouts to stay alive. Say good ridden since they do not know how to manage money anyhow!