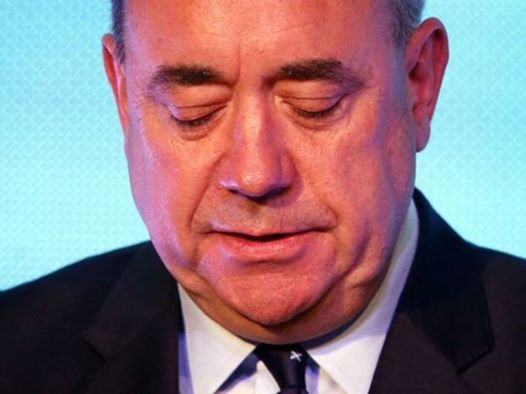 Alex Salmond said Thursday’s vote for an independent Scotland had been “galvanizing, wonderful, empowering.” Nevertheless, he announce he would resign as the head of Scotland.

“My time as leader is nearly over, but for Scotland the campaign continues and the dream shall never die.”

Salmond said this is the time to now hold London to all its promises. “We now have the opportunity to hold Westminster’s feet to the fire on the vow that they have made to devolve further meaningful power to Scotland.”

Indeed, during the last few weeks of the campaign, Prime Minister David Cameron and other London-based politicians were scared to death of a YES vote. Panic ran through their veins promised after all leaders signed a vow to devolve autonomy for Scotland if voters rejected separation. Cameron’s statements that this has settled the question for a generation is degrading to the younger generation to say the least.

Salmond saw how the EU leaders were rejoicing his defeat. Almond has complained that the Cameron has already broken his pledge the first morning that the government in London would put the question of independence to a vote in Parliament. Cameron has already said it is a dead issue so there will be no Parliamentary vote.

It is highly unlikely that all the promises made by Cameron will actually be carried out. Like the EU, the political leaders in London will not allow another referendum anytime soon. They are desperately trying to hold Europe together and the EU Commission will not allow any vote on exiting the Euro to say the least in any country.

This will be politics as usual. This is not about the people, it is all about holding on to power with every last breath.