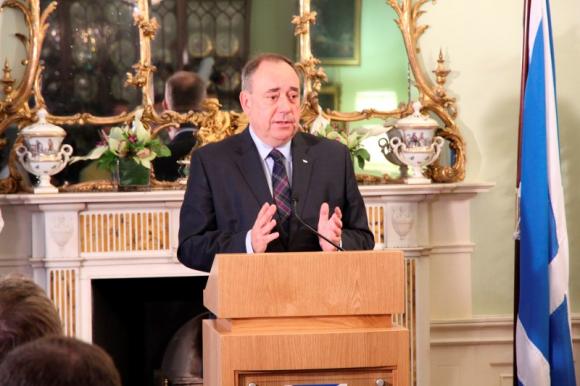 Reuters has reported that Alex Salmond has come out and accused the Prime Minister David Cameron of outright fraud. “I think the vow was something cooked up in desperation for the last few days of the campaign and I think everyone in Scotland now realizes that.” Salmond is referring to a pledge by Cameron and other leaders before the vote to rapidly expand Scottish autonomy in the event of a “No”. “It is the people who were persuaded to vote no who were misled, who were gulled, who were tricked effectively,” he said on the BBC TV. Politics as usual – say whatever it takes to win, then stuff ’em as they say in London.