SAC Hedge Fund Being Shut Down – Truth About Insider Trading

We have received many requests to bring on-line our computer analysis for US equities ASAP because of legal developments. SAC’s criminal guilty plea obtained by U.S. Attorney Preet Bharara of NYC was announced on Monday, is in addition to a $616 million settlement with the U.S. Securities and Exchange Commission. There is a new policy emerging in the SDNY that Bharara announced that this deal sends a message to Wall Street that no institution “is too big to jail.”

SAC Capital was located in Stamford, Connecticut and New York City while its legal headquarters was incorporated offshore in Anguilla, British West Indies – not the USA. Such structures afford no legal protection beyond taxes. Bharara rejected criticism that the plea is something of a disappointment because Steven Cohen himself was not charged with any criminal wrongdoing. Insider trading is not a crime in anything else other than equities and the theory in all honesty is absurd. 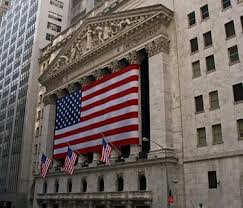 Real insider trading was a director of a company withheld bad info so he could sell his own shares and then announce the company was bankrupt. That was what the law was intended to prevent but Rudy Giuliani turned it upside down in 1987 to make a name for himself prosecuting Michael Milken so insider trading is now so vague it can be used to destroy all of Wall Street. That is the whole truth behind this type of prosecution.

Therefore, this really shows that the government can take down anyone it desires for there is hardly a hedge fund that does not get some tip on something.when they trade equities, One of our analysts came to Princeton from a famous hedge fund in NYC because he was told if he did not come to the firm with “guaranteed trades” he would not advance. I met him in the old Oak Room at the Plaza Hotel for an interview where he wanted to work with our firm because we were not involved in such dealings. This has always been an industry problem when you define “insider trading” as any info. If someone called and told you the dividend will be larger than normal, and you looked at the chart and saw the pattern was bullish so you bought, the government will argue the decision was made EXCLUSIVELY because of the tip. This means you cannot even discuss fundamental analysis whatsoever if you want to stay as far away from insider trading as possible. 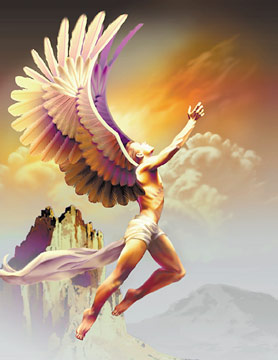 Our systems are coming on-line for ALL traded equities worldwide. Yes we even have all equities in China. The criminal prosecution of J,P, Morgan and SAC Capital are illustrating the US Attorney Office in SDNY has turned over a new leaf. The banks are not exactly in the open yet, but they will not be as protected as they once were. They are moving closer to the sun and their wax wings are melting. When the ECM turns down and the banks are once again in the middle of a new mess, the public outcry will be very loud and politicians will flee. The Feinsteins who have protected the banks will be gone from office. The next generation will be advancing and with each generation comes some change in thinking. This is why you are starting to see CRIMINAL prosecutions that never took place before. The fall of Steven Cohen’s SAC Capital is the second big hedge fund to be destroyed in this manner. Galleon Group’s Raj Rajaratnam tried to go to trial and was found guilty. No hedge fund will survive a trial in NYC. They can only plea to get a deal.

Cohen’s fund, which once employed more than 900 people with offices on three continents. It will no longer manage money for outside investors including pensions, endowments and wealthy individuals, according to the settlement. This shows that indeed what happened was very substantial for it was the destruction of the fund in return for no person jail time.

Anyone seriously managing money MUST abandon the fundamentals as much as possible. The price action reveals the trend and unless they shift to such trading, any tip whatsoever will be interpreted as the SOLE reason for the trade even though you have 10 other indicators. You just cannot have any info in equities that is related to the company itself.