Russian Warships head for Ukraine & 150,000 Troops sent to the Border

Russian warships have now appeared on the coast of Ukraine and Putin has sent 150,000 troops for exercises at the border of Ukraine. The conflict between the USA and Russia is as always – one of distrust. Between the American people and the Russian people there is no real conflict. The issue is always between political leaders playing king of the mountain.

The free market is what took Russia down precisely as the Russian Economist N.D. Kondratieff warned and was killed for by Stalin. The free markets also broke the back of the West’s Gold Standard established at Bretton Woods in the Panic of 1971. The central bank of Ukraine has no choice but to abandon the peg of its currency to the US dollar and allow it to freely float because of the pressure from the free markets. 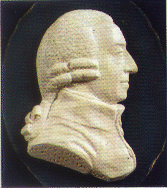 With all of this political posturing, there is a bottom line here that people refuse to look at. Adam Smith has been absolutely correct. The Wealth of a Nation is not its natural resources or “tangible” wealth, but the total productivity of the nation be it brute force labor tilling the soil or intellectual. Ideas can be worth more than hard labor for they allow are the fuel of advancement and innovation. Invading countries and destroying everything not to mention killing millions of people is really no longer necessary.

The PROOF that Adam Smith was correct is simply the fact that Japan rose from the ashes to become the second largest economy in the world without any natural resources to speak of. It was the TOTAL PRODUCTIVITY of Japan – not its resources. China has been doing the same buying up resources. Europe has raised its taxes and regulation stifling the creation of new business reducing its productivity. War does not pay – it costs a nation its real ability to advance.