Politicians just keep making the same mistake over and over again. They perpetually turn to sanctions bankrupting private business with no respect whatsoever as the USA is wiping out farmers in Europe. But worst of all, there is not a single incident where sanctions have EVER worked even once. They often remain in place beyond a decade even as in Iran, but there is no change in politics. 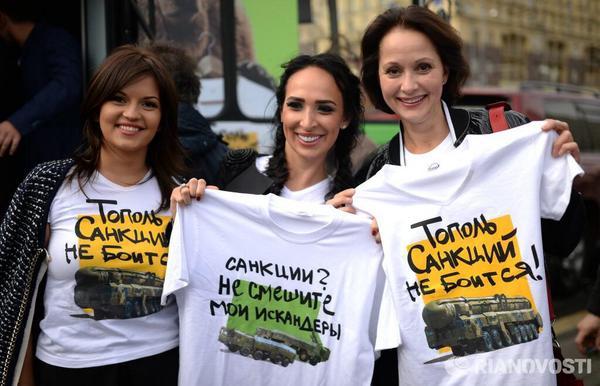 Sanctions only make Putin stronger for they allow him to point to the West as the evil empire that covertly toppled the Soviet Union with a CIA plot. The most popular T-Shirt in Russia says this particular tree, which is also the name of a weapon, is not afraid of sanctions. The one in the middle says don’t make our missiles laugh (Iskander SS-26 Stone). The Mickey Mouse Club would be nice if there were really qualified people instead of questionable lawyers.