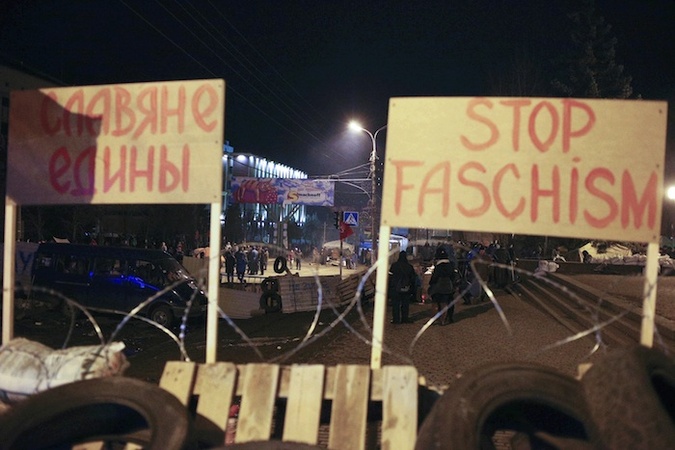 The crisis in Eastern Ukraine appears to be a Russian invasion albeit covertly precisely the same way it was first done in Crimea. On April 12th, the realization that the Russian Federation has actually invaded Ukraine began to be realized and the National Security and Defense Council was urgently convened. The Minister of Internal Affairs said “Ukraine is considering the facts of today as display external Russian aggression.”

It has been reported that Pro-Russian activists occupying the government buildings in Sloviansk (Donetsk region) have seized about 400 weapons. They have even used the Russian propaganda that those in Kiev are fascists as their excuse for separation. However, this may be merely a diversion for the activists have weapons used only by  are military and include rocket launchers as well as grenade launchers. They are clearly preparing a military takeover by force. The concerted campaign underway apparently has the support from Russia in an effort to take the entire nation.

Men wearing the green unmarked uniforms that first appeared in Crimea have been spotted in Sloviansk. However, separatists in Crimea have simultaneously announced they are now the “Ukrainian Federation” that will join Belarus and Russia and will include the Eastern Ukrainian cities of Luhansk, Kharkiv, Mykolaiv and Odesa. This was announced by the self-proclaimed Deputy Prime Minister of Crimea Temirhaliyev. He has announced the “liberation of South Eastern Ukraine” confirming the occupation of Eastern Ukraine by Russia has begun.

« US Share Market – Here We Go Again
Wealth of a Nation »