Russia wants government control of food prices to prevent the impact upon the the people of war-time economics. In order to prevent a rapid rise in inflation, Russian regulation in the marketplace is a battle-cry. The considerations show that the Kremlin fears great resentment among the people because of the cost of the conflict with the West. 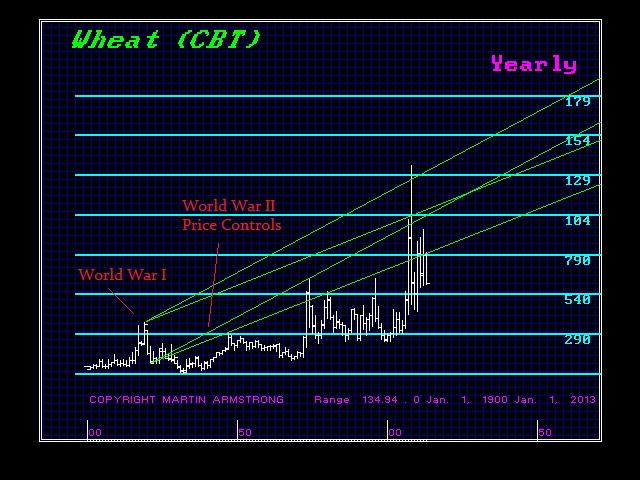 We can see what happened to just wheat during World War I without price controls.During World War II, prices were controlled and the people supported it because they believed in the war. That is the entire key. As long as Russians believe their government is fighting a righteous war, then the will endure the price-freeze.