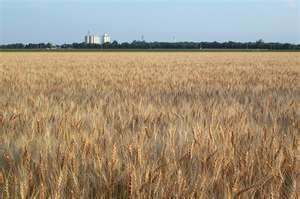 Sanctions upon Russia are more-likely-than-not going to backfire. Russia imports food from the West while it may sell gas to Europe. However, Russia imports more goods than it produces, and this trend can be reversed by sanctions. If I were Putin, I would put a tariff on imported food to match sanctions and hurt the West right back. Russia has become virtually dependent on other states for food. Russians and traveling to Crimea now to take food back to Moscow for the quality is far better. Nobody seems to be asking what will happen to the West if Russian trade import relations are interrupted due to sanctions? The complex intermingling of economies has made everyone connected in ways that nobody has taken into consideration. World War III may be far worse than anyone’s worst nightmare and between hunting down capital for taxes that has caused a dramatic drop in the global velocity of money (indicator of next coming depression caused by the G20), and this rise in protectionism that will engulf the world beginning with these stupid sanctions.

Governments are being run by lawyer-politicians. They differ from normal people insofar as they believe they possess the power to change the world with laws. The more they try to define actions, the more that disrupts the global economy. There is no possible way they even comprehend the consequences of their actions and they are dead wrong. They possess the power to write a law, but they lack the power to enforce it against the trend or human nature. Passports were invented by Rome to control the movement of people within their empire to ensure they could not travel until they paid all taxes. This has always been a battle for liberty against government that only views the people as econo