Russia is characterizing this event using the bullshit people have posted claiming this was a CIA plot and says anyone who is seeking to defend Ukraine is a threat to the civilian population calling them “ultra-nationalists”. They have delivered an ultimatum that they surrender by dawn in Crimea or Russia will attack. This many people is a grass-roots movement not a plot and this is not going to end very well because of all the conspiracy bullshit when in fact the West cannot even bailout its cities no less fund armies. Checkmate. Meanwhile, the Ukrainian Premier Arseny Yatsenyuk suggested Ukraine will never give up Crimea. 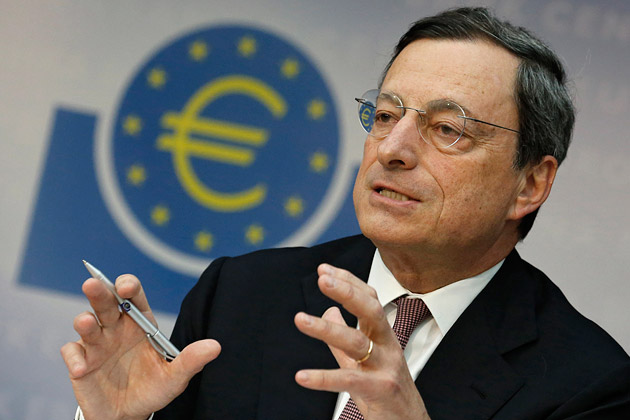 Meanwhile, Goldman Sachs’ Mario Draghi, masquerading as the independent head of Europe, declared that the economic threat to Europe concerning the conflict over Ukraine is nothing to be worried about. Obviously he is a classic bullshit-artist for he didn’t bother to look at the share markets where even Moscow is crashing. This is one brain-dead pretend banker who bankrupted the oldest bank in Europe that should be barred from politics and if the tax-free living in prison is too good for him, let him stay home and play with his money and cars leaving the rest of society alone with a real leader. He should just send an invitation to Putin to invade all the bankrupt cities of Europe so he doesn’t have to bail them out as well. I have never witnessed such an irresponsible politician than Draghi.