Rising Third Party & How It is All Connected

Back in 1997, we warned that our computer model was forecasting that by 2016, we would see a tremendous rise in third party activity. This was our forecast back then and most said what is your computer drinking over there? The blue line in this chart showed the historical 3rd party movement and how it correlates to economic crisis. But this was not limited to the USA. I stood up in Tokyo in 1998 and warned the LDP would lose, which was shocking since they never lost post-World War II. When they lost –  our Japanese clients were in awe.

Lady Margaret Thatcher came and spoke at our conference in Princeton in 1996, which was in reality an tremendous endorsement of our cyclical methodology. I named the piece “It’s Just Time” after her response when she predicted that the conservatives would lose long before Tony Blair emerged. She had an instinctive sense of cycles as did Winston Churchill. The politicians who were good, had a “feel” for the trend and understood the cycles of politics. When I was moving back and forth between Dick Army and Bill Archer in Washington over Tax Reform trying to create a compromise between the Flat Tax and the Retail Sales Tax camps, Dick Army said to me with his boots up on the desk and smoking in his office, when the Democrats got back in, they would install both an income and sales taxa. Indeed, Obama is now trying to do just that. Dick also understood the cycles of change.

The rising 3rd Party movement is global. In Europe they are protesting against Brussels they are characterizing as the “king”. In Cyprus there is a rising 3rd party movement. But in Britain, there has been a huge upset. A rising 3rd Party has gained 25% of the council seats today. This is showing that as we head into the eye of the storm, this is going to be anything but politics as usual. This was a HUGE day for Nigel Farage. 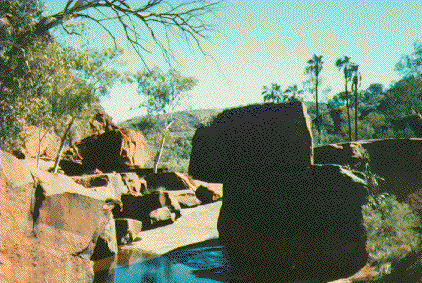 Some people are just so desperate that we will be wrong on gold they remain blind to how everything fits together and pretend our computer somehow is prone to “human” error. The global economy is like a delicate forest with billions of species of plants and animals all interlinked and working together. Remove one, and you set off a chain reaction because there is another species whose entire survival depended upon it, In turn, other lifeforms will be affected down the food chain. The question presented:

“Your most recent blog post you stated “opinion is prone to human error” as humans are prone to error in general.  That being the case, isn’t the programming of any computer (program) prone to possible error, i.e. Y2K was going to end the world the “experts” told us, and it never did.  I’m not suggesting your computer program is flawed with error, quite the contrary, your computers track record speaks for itself.  But how would you answer those critics of yours that suggest your program could be “prone to human error?”

Y2K was not human error – it was human hype as always. No expert that I know of contemplated any such end of the world nonsense. You simply changed the clock in your computer and you could see it would not fail. This was like the Maya event that they twisted into amazing fabrication. Human error is emerges from biased opinion. The entire object of creating a fully functioning Artificial Intelligence system that no one has been able to come even close to yet is to remain human error. I designed the system with NO HUMAN RULES, assumptions, or biases just how to analyze never what. It created its own experience and knowledge base teaching me by correlating absolutely everything and that included war as well as politics. It has surpassed anything any human can possible do.

Humans try to forecast a single market in total isolation. That is wrong, absurd, and cannot be done. For gold to rally for 13 years as the computer also projected, it incorporated the rise in 3rd Party Movement as well. We came out in 1997 and forecast that oil would rise from $10 to $100 going into 2007. That forecast was covered by Mark Pitman at Bloomberg News. Forecasting that the US share market would make new highs again starting after 2011 as covered by Barrons, was also part of the same forecast. All of these things and much more, including our warnings on the future collapse of the Euro in 1997 before it hit the ground running, are all connected. Like the example of the forest, they are interlinked and one will not take place without the other.

So sorry. To have been wrong on gold meant there would be no future bull market because there would be no sovereign debt crisis, collapse in the economic structure of Europe, and the Dow would not have made new highs because of capital inflows. It is all connected. We live in a dynamic would – not linear! There is a TIME and PLACE for everything!